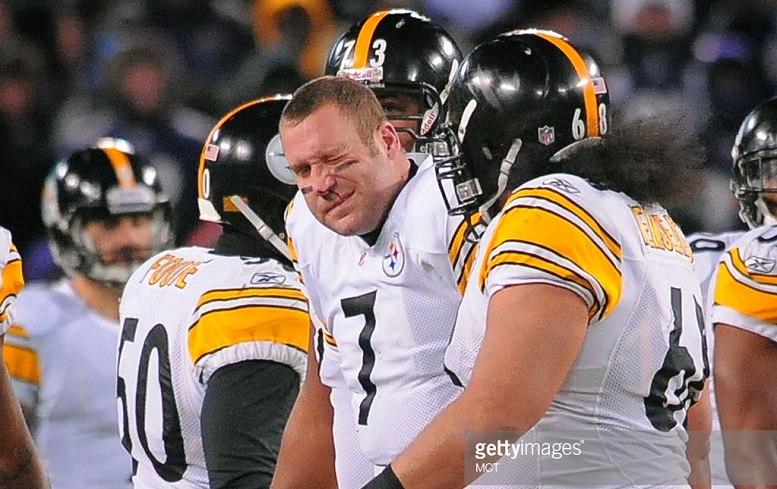 The thing with Roethlisberger was, he relished the opportunity to go out there each week like a gladiator, stepping up for his teammates and coaches even when his body wasn’t 100%. Throughout his career, his body was rarely at 100%, so his mentality of taping it up and playing resonated with the blue collar fans in the Steel City throughout his Hall of Fame 18-year run with the black and gold.

Now though, with Roethlisberger at home trying to enjoy retirement, he’s seen a change in the game he loves, starting with the toughness aspect of the game.

Appearing on 102.5 WVDE’s morning show with hosts Randy Baumann, Mike Prisuta and Val Porter, Roethlisberger stated that the biggest change or difference he’s seen in the NFL in recent seasons is the toughest level. While Roethlisberger has drawn a lot of criticism in recent days for his comments to the Pittsburgh Post-Gazette’s Ron Cook in an exclusive one-on-one interview, it’s hard to disagree with Roethlisberger’s stance regarding the toughness level in the game today, right or wrong.

Hard to talk about the Steelers vs Bills without mentioning Stevie Johnson’s drop but don’t forget this huge run by Ben Roethlisberger to pick up the first on 3rd & 18.

If there was a play that defines Ben’s toughness & ability to make something out of nothing, this is the play. pic.twitter.com/ofPMpDzgHV

“I mean, there’s lots of differences, but one of the biggest differences in the game, in my opinion, is the toughness,” Roethlisberger said Thursday morning on 102.5 WDVE, according to audio via iHeart Radio. “Look at how they’re protecting quarterbacks and I’m a quarterback, so why are you talking about it? Defensive guys…like Cam [Heyward] might cheer me for this one the way they protect quarterbacks.

“…There’s no more two-a-days, there’s no more pads during two-a-days. They’re trying to make the game safer, I get it. I don’t have an issue with it. I think that’s smart. I’m just saying the difference from when I first came in compared to what you see now, you see guys spending much more time in the training room, where, like I said, guys would tape it up and go.

“Guys still do that to a certain extent. Again, I’m not trying to lump everybody into it. It’s just differences in the game.”

The game is becoming safer overall, taking a certain level of toughness and physicality out of the beautiful game. That’s hard to disagree with Roethlisberger there. Guys are spending more time in the training room, taking better care of their bodies and knowing that there are repercussions down the line physically for pushing their bodies beyond a certain point for the game right now.

My 2nd favorite Ben Roethlisberger play of all-time, only trailing his Super Bowl throw to Santonio, is an incompletion. The strength to fend Suggs off, throw the ball away, make an impossible play (with a broken nose) sums up his game and the Steelers/Ravens rivalry. pic.twitter.com/pr3LYo7DCb

It’s certainly a big difference from when Roethlisberger came into the NFL. He famously played through some serious injuries, including a broken foot, broken nose, cracked and bruised ribs, shoulder injuries, knee injuries and more. He was the ultimate gladiator for the Steelers. His willingness to suit up and take the field inspired other teammates around him to do the same even when they questioned if they could physically go or not.

While that still happens today to a certain extent, guys are much more conscious about their bodies and getting treatment and truly taking care of themselves, not only on the field, but off it as well. It’s a safer game for all parties involved, which is a good thing. It’s also perfectly fine for a former player like Roethlisberger to raise questions about the toughness level, especially when there’s certainly something to that argument.