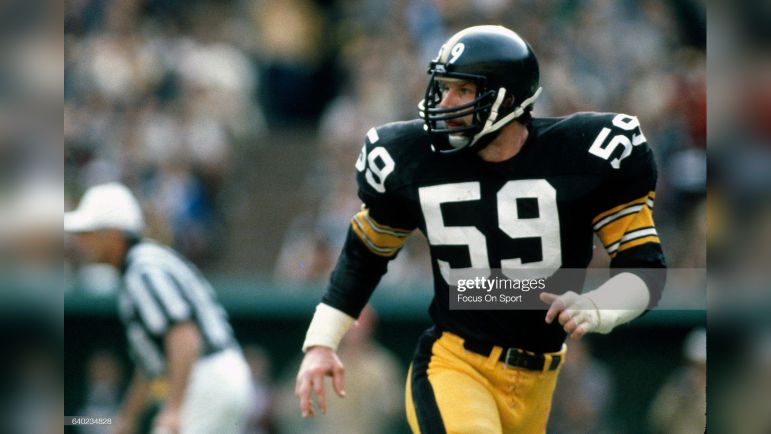 Making a guest appearance on ESPN 92.9 FM with show host Geoff Calkins, former Pittsburgh Steelers LB Chad Brown is posed a difficult question that many yinzers would struggle with. Calkins asked Brown, excluding himself, who he would rank as his top three Pittsburgh Steelers linebackers of all-time.

“So, no slight to Jack Lambert or Kevin Green, Hall of Fame Steeler linebackers, but I’m going to go with Greg Lloyd, James Harrison and Jack Ham,” Brown responded to the question by Calkins on ESPN 92.9FM. “And James Harrison, the physicality. I mean, what over $250,000 in fines? I think he probably wouldn’t last in today’s game more than a couple of games because he’d be kicked out the league by Roger Goodell with how defense is played in today’s game, but the physical nature and just the absolute meanness.”

Ranking the top Pittsburgh Steelers’ linebackers of all-time is no easy task given the talented men who have strapped up their helmets at the position and represented the Black and Gold the way they did during their respective careers. Leaving Jack Lambert off the list may come off as a travesty to some, but Brown acknowledged Lambert’s former teammate Jack Ham as the first “space linebacker” that we have become accustomed to seeing today that excels running sideline-to-sideline as well as playing in coverage.

Greg Lloyd may not have been elected to the Hall of Fame like some of his predecessors, but for Brown, the title of being “the baddest man in football” for a period in the league. He played with a fierce aggression at the position, often stating that he wasn’t hired for his disposition, but rather to play football the only way he knew how… fast and furious.

They don't make them like #Steelers OLB Greg Lloyd anymore. They don't let them play like this anymore, and for good reason too. pic.twitter.com/8mMcjX5xOA

When talking about Lloyd, Chad Brown immediately related his characteristics to Harrison, who he also acknowledged may never be a Hall of Famer, but still changed the game with the physicality and temperament that he played with on a down-to-down basis. Brown wasn’t far off saying that Harrison racked up $250,000 in fines during his playing career with the actual amount coming to $225,000 according to Harrison himself. Still, outside of the big hits and fines, Harrison has come up with some of the biggest moments on defense in Pittsburgh Steelers history including his incredible performance against the Baltimore Ravens in 2007 as well as his pick-six against the Arizona Cardinals in Super Bowl XLIII right before halftime.

Ultimately, everyone’s list of their top three Pittsburgh Steelers linebackers of all-time may look different… and that’s completely understandable. The team has a rich history of studs playing to position, resulting in numerous Pro Bowls, All-Pros, and Super Bowls in the trophy case thanks to their efforts. Brown acknowledges just as much and encourages other Steelers fans to try and craft their own list who you can do here in the comments section below.

“And I know it’s an argument that could probably go on forever, because fortunately for the Pittsburgh Steelers and for the Steeler faithful, there have been a number of amazing linebackers there,” Brown continued. “So, this argument would be a fun one to have with any Steeler fan.”