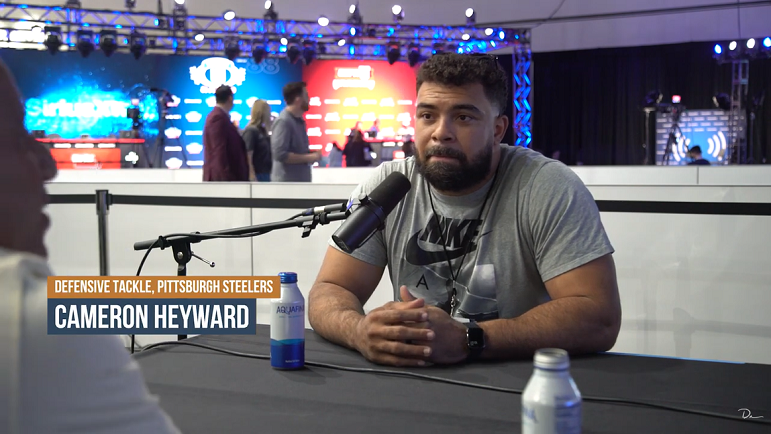 It was truly unthinkable at the time.

Heading into Week 18 of the 2021 season, the Pittsburgh Steelers needed some help from a couple of fellow AFC teams to get into the playoffs in the final season of Ben Roethlisberger’s Hall of Fame career.

Following a surprising win by the Jacksonville Jaguars over the Indianapolis Colts, and the Steelers knocking off the Ravens, the Sunday Night Football matchup between the Los Angeles Chargers and Las Vegas Raiders game seemed like a mere formality overall. It didn’t matter who won — as long as there wasn’t a tie. Quite honestly, a tie seemed improbable, only happening once all season, with that being the Steelers and Lions game earlier in the year at Heinz Field featuring Mason Rudolph at quarterback.

Things played out rather well for the Steelers early in that Sunday night matchup as the Raiders built up a two-possession lead on the Chargers. Then, things took a turn for the worse for the Steelers, even though they were thousands of miles away on the other side of the country doing what the rest of the world was doing: watching on TV.

Behind a number of fourth-down conversions, the Chargers came back and tied the game at 29-all to send the game to overtime. Once in overtime, the two teams traded field goals in overtime before Raiders’ kicker Daniel Carlson kicked the game-winner, sending the Steelers to the playoffs, along with themselves.

DANIEL CARLSON GETS THE KEY TO PITTSBURGH pic.twitter.com/sQpo4kYe8T

Still, for a moment that seemed to last a lifetime that night, it appeared that the improbable — a tie — was going to happen as the Raiders became very conservative, running the football late in the fourth quarter, aiming to run out the clock and ensure they’d get into the playoffs.

Appearing in an interview on #ThePlaybook with David Metzler, the cofounder of Sports 1 Marketing, Pittsburgh Steelers star defensive tackle Cameron Heyward discussed the emotional swings he went through during the thrilling regular season finale between the Chargers. Like many within the fanbase, it involved a lot of stressful moments late in the second half and in overtime with the Steelers’ season on the line.

“So first quarter, I’m on my couch. Second quarter I’m like, okay, I’m still on the couch. Third quarter, I’m starting to inch up,” Heyward said to Metzler, according to video via the official YouTube page of David Metzler TV. “Fourth quarter, I’m on the floor floor right next to the TV. Overtime, I’m standing up in a tizzy trying to figure out how this game’s gonna end.”

Heyward sounds like a lot of Steelers Nation late on that Sunday night in early January. The entire Steelers’ season rested on the play of the franchise’s historic rival in the Raiders. Prior to Carlson’s game-winning kick, it looked like the Raiders were going to simply run out the clock and avoid any sort of mistake or blocked kick, ensuring they’d get into the playoffs.

Instead, a 12-yard run by Raiders’ running back Josh Jacobs changed the thought process for Las Vegas interim head coach Rich Bisaccia. That run changed the game and led to the Raiders attempting the field goal, winning the game outright.

“I think the biggest play in that game was the Josh Jacobs run,” Heyward added, according to video via the official YouTube page of David Metzler TV. “It changed everything…I think if he gets stopped, the game is over. But he got so many yards. They were like, ‘we have to at least go for this, or we’re just gonna look like idiots.’ But, if I see Josh Jacobs around I’m gonna say thank you.

“Sorry we couldn’t do more with it [though].”

The game-winning kick by the Raiders sent the Steelers into the playoffs as the No. 7 seed, sending Steelers Nation into a frenzy, including Roethlisberger, who was watching on pins and needles hoping his career would be extended one more week, leading to an incredible clip of the Steelers’ quarterback celebrating in his basement.

Of course, after the thrilling regular season finale between the Chargers and Raiders, the Steelers went on to lose in the first round of the playoffs on the road against the Kansas City Chiefs, erasing the thrill of the final week of the regular season, sending Roethlisberger out with a whimper, ending a legendary era.

Still, that night and the outcomes that needed to happen for the Steelers to play another week will remain quite the memory years from now for all parties involved.