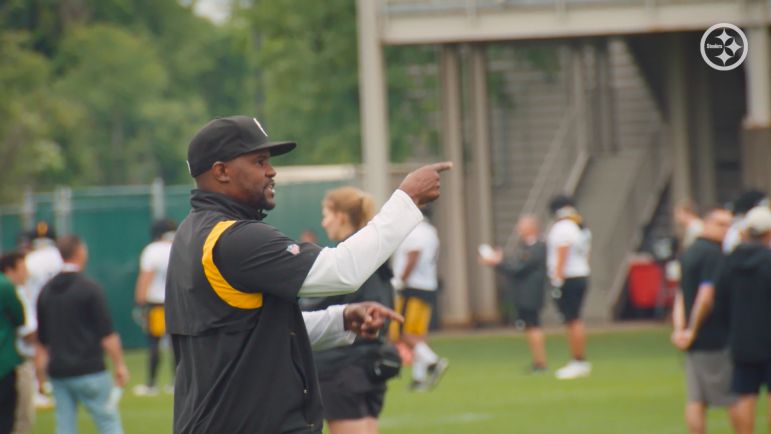 The Steelers’ defensive coaching staff has seen a few key changes, right in line with an offseason filled with an unusual amount of turnover. Most notably, Teryl Austin was promoted from senior defensive assistant and secondary coach to defensive coordinator, replacing the retired heir to Dick Lebeau in Keith Butler. The Steelers also added former Dolphins Head Coach and long-time Patriots assistant Brian Flores as a senior defensive assistant and linebackers coach.

Steelers veteran defensive lineman Cam Heyward was interviewed today by Scott Pioli of NFL Network. In doing so, he asked Heyward about any changes with the two new faces in the coaching staff.

“Well, I think at first I think you see, you know, sometimes you will see as a defensive back coach, the level of detail you provide,” Heyward said via video from Inside Training Camp Live on NFL Network. “Now we can see it up front and get to see what he’s all about.”

Formerly the Bengals defensive coordinator in 2018 and Lions coordinator in 2014-17, Austin has ample experience in his new role. Upon his arrival, the Steelers indeed jumped from 10th in pass defense in 2018 to 3rd in 2019.

“And I think for B-Flo (Flores) that we have a guy who was a head coach, a defensive minded head coach. I think down in Miami he did a really good job coaching those guys and getting the best out of them.”

A widely respected defensive mind, Flores indeed played a large role in the development of the Dolphins defense. In hiring Flores, the Steelers are hoping for a similar impact in the development of the likes of Devin Bush, while also adding another perspective on the defensive room. Along with being a great defensive mind, Flores provides a fresh perspective that Heyward can appreciate.

“But that little interest is that he provides where we might have done it one way, but he’s like, there’s an alternative to that that might be successful.”

In receiving the praise of the longest tenured Steelers defensive player and locker room leader, Flores is certainly off to a great start. Flores’ new perspective was also praised by Mike Tomlin upon his hire as well as Teryl Austin and defensive backs coach Grady Brown.