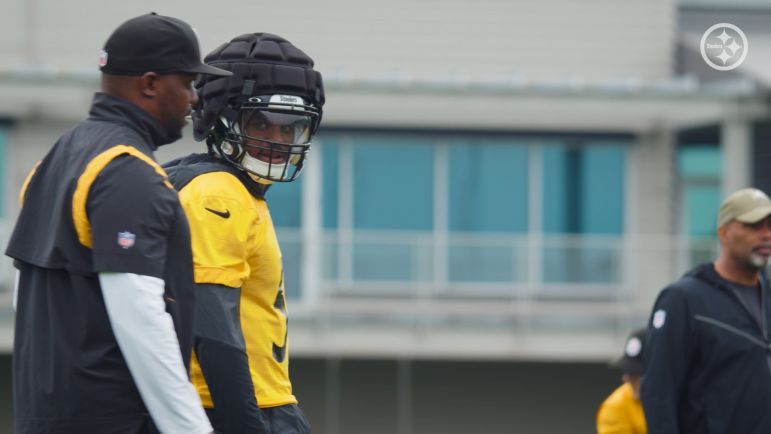 The Pittsburgh Steelers have made a lot of changes this offseason—and by and large, some of the biggest at least were not by choice. Kevin Colbert elected to step down as general manager. Quarterback Ben Roethlisberger retired. They needed to be replaced, and the team carried out extensive searches to find their next in line.

One decision that was not forced upon them, however, was the hiring of Brian Flores as a senior coaching assistant. The former Miami Dolphins head coach was brought in after the Steelers had already completed the reformulation of their coaching staff, with Teryl Austin taking over as defensive coordinator. In other words, he wasn’t coming in to fill a hole, but rather to be an addition. And it was the team’s best move of the offseason, according to Mark Kaboly of The Athletic.

It very well could be guard James Daniels or even Mitch Trubisky, but I’m not going there yet. A lot more needs to be seen before rubber-stamping either player as one of the best moves of the offseason. Where the Steelers improved their team the most this offseason was with the hiring of Brian Flores as the linebackers coach and senior defensive assistant. Flores’ impact was noticeable throughout spring practices with his intensity and knowledge. Flores should be a head coach — and at worst a defensive coordinator — but to bring his defensive acumen into the fold with the defensive minds of Mike Tomlin and Teryl Austin will only become more significant during game planning.

With Mike Tomlin, Austin, and now Flores, the Steelers have three members of the coaching staff who have had experience putting together a defense as well as running it on game days. How much will that actually benefit them from play to play? Who knows?

It’s not the first time the team has had so much concentrated experience, however. Not so long ago, they had three assistant coaches who were former head coaches, including offensive coordinator Todd Haley and offensive line coach Mike Munchak. And, well, they did have a pretty good offense during that time.

Realistically, the only thing that would likely prevent Flores from finding a head coaching opportunity in the NFL next season would be hesitance from teams to hire him because of his lawsuit. He could leave for a defensive coordinator job, as well.

But they will take full advantage of what he brings to the table for however long he is here. That is what they hired him for. And hey, Munchak ended up spending half a decade here, and it was a nice little run with him.