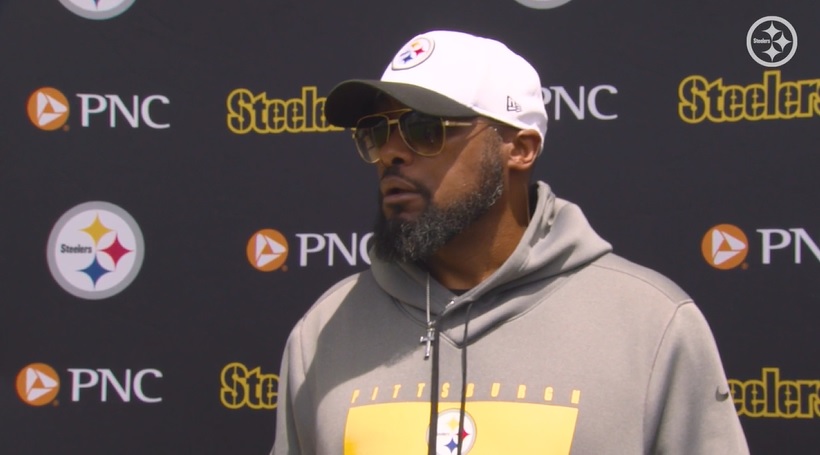 Mike Tomlin has admitted he’s not a fan of the term “player’s coach.” But it’s the phrase Alex Highsmith used to describe him and one that’s meant to be a compliment. Joining Sirius’ Movin’ The Chains with Jim Miller and Pat Kirwan Monday, Highsmith explained why he likes playing for Tomlin.

“He always just demands excellence out of us,” he told the show. “That’s the reason people love Coach Tomlin is just because he’s able to relate well to all the players, young and old. He’ll definitely get on you when you’re a rookie because he wants the best out of you. But for all the guys, he just wants excellence and that’s what he demands.”

Tomlin has tried to avoid the “player’s coach” label in the past due to the connotation he may be too buddy-buddy with them and not act as a coach when he needs to. But Tomlin has clearly done well to hold the Steelers’ locker room together, never losing it once since being hired in 2007. Highsmith’s comments echo a similar sentiment as others who describe Tomlin’s tough but fair mantra. Everyone from stars to fringe-roster players have said the same about him and the way he conducts business as the Steelers’ coach, pointing out Tomlin is the same dude in the locker room as he is day-to-day leading the team.

“Just like the sign says, the standard is the standard,” Highsmith said. “I think that’s what makes him a great coach.”

It’s one of Tomlin’s most well-known phrases, meaning expectations don’t change when the road gets bumpy or when injuries inevitably occur.

Tomlin will serve as the franchise’s face and constant after an offseason full of change. Signed to a multi-year contract extension that will carry him through the 2024 season, Tomlin remains after Pittsburgh saw changes at quarterback, general manager, and heck, even the name of their stadium.

2022 will be one of his toughest challenges yet navigating those murky waters. One of the youngest offenses in the league while facing a difficult schedule and equally tough division full of elite-level quarterback play. Tomlin will have to rely on his roots as a defensive-minded coach and maximize that side of the ball in order for Pittsburgh to remain competitive this season. His leadership and guidance will be as important as ever if he wants to keep his streak of non-losing seasons going.

Of course, for Tomlin and for the Steelers, their goals are much bigger than playing .500 ball. This is a team that hasn’t won a playoff game in six straight seasons, their longest drought since Chuck Noll’s early days, and a streak that needs to end sooner than later.