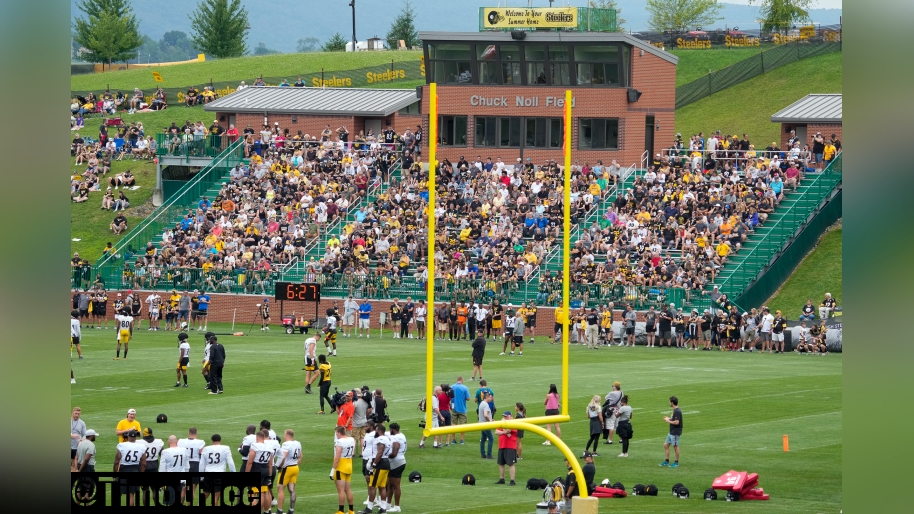 Question: What is your biggest takeaway for the Steelers’ first week of training camp practices?

But there are a lot of things to take away from what we’ve seen thus far through four practices, even if those things must be taken with a liberal grain of salt or two. For instance, yesterday morning, I wondered if Kenny Pickett would have to ‘earn’ first-team reps, and opportunities in situational drills. He didn’t really do anything to ‘earn’ it over the first three practices, but he got some work anyway.

Likely one of the biggest storylines many are focusing on is the rapid emergence of George Pickens, the team’s second-round pick, who is beginning to make impressive catches look routine. But it’s not the first time we’ve seen impressive catches in Latrobe, so pumping the brakes is never a bad idea.

T.J. Watt looks like T.J. Watt, but the offensive line—albeit not yet in pads—hasn’t given strong indications of improvement from last year. That’s no doubt going to be a point of focus this week when they resume practice.

What are your biggest takeaways from what you’ve gathered from training camp thus far, whether that’s through our coverage, the coverage of others, or even your own eyes, having been to training camp yourself? Share them here as we get an opportunity to take a breather, the Steelers enjoying a Sunday off before smacking each other senseless Monday afternoon.