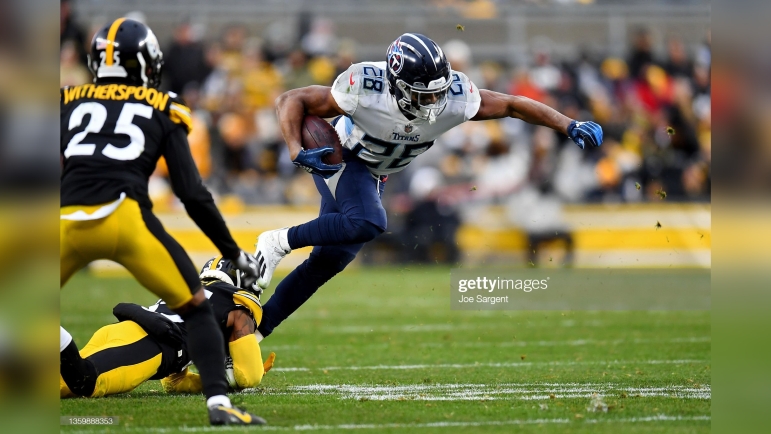 Reasoning: The Steelers made the release of Trey Edmunds official yesterday, and simultaneously reported the signing of running back Jeremy McNichols, a 2017 fifth-round draft pick who is now on his ninth different team.

The term ‘journeyman’ gets thrown around a lot in sports to describe certain types of players, probably a bit more loosely than it ought to be. But playing for nearly twice as many teams as you have years logged in the league would probably have to fit under the definition of journeyman.

Running back Jeremy McNichols was drafted by the Buccaneers in 2017 in the fifth round. He didn’t make the team but signed with the 49ers, first on the practice squad, then the 53-man roster later that year. He bounced around with the Colts, Broncos, and Titans over the course of the 2018 season, mostly on the practice squad, but spent most of December on Tennessee’s 53. Practice squad stints in Chicago and Jacksonville followed in 2019 before getting back to Tennessee in 2020, playing 30 games for them over the past two years.

Earlier this year, he was briefly with the Falcons, and now he’s here. And let’s be honest, he has to have a decent shot of making the 53-man roster. Now, he’s not going to start over Najee Harris, but should anybody else’s role be considered secure?

Not really. You have Benny Snell Jr., Anthony McFarland Jr., and a pair of college free agent rookies in Mataeo Durant and Jaylen Warren. Maybe one of them pops off and sets himself apart, but until proven otherwise, McNichols is the second-most-accomplished back on this roster, or at least in that conversation with Snell.

Since entering the league, he has rushed for 364 yards on 90 carries, with one touchdown. He also has 240 receiving yards on 40 catches with another score. Plus, he has yet to fumble. That’s not a bad quality to have when you’re trying to make a roster.