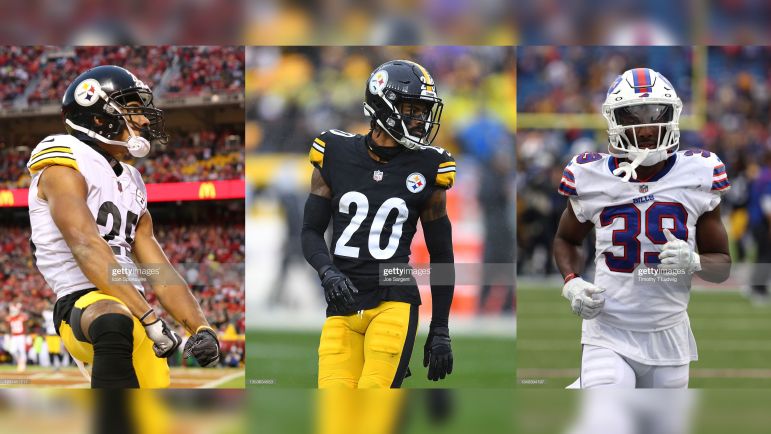 Cameron Sutton: Now in his sixth season, Sutton will probably have to end up spending most of his time on the field in the slot, since he is the only one among their top three cornerbacks who can play in the slot. But it might be for the best, anyway.

Ahkello Witherspoon: Acquired via trade last year, Witherspoon made a good impression when he finally got on the field consistently, and he parlayed that into a two-year deal to return to Pittsburgh. He will presumably be a full-time starter, though only playing on the outside.

Levi Wallace: An outside free agent addition from Buffalo, Wallace should be set as one of the team’s three starting cornerbacks. He is a boundary-only corner like Witherspoon.

Arthur Maulet: A versatile veteran defensive back, Maulet is a solid special teams player who will also provide depth in the slot and possibly contribute in sub-packages.

James Pierre: A third-year cornerback, Pierre is looking to rebound after struggling last season. He ended up getting benched due to the volume of costly mistakes he made in coverage, but the Steelers are still intrigued by his talent and makeup.

Justin Layne: A fourth-year former third-round draft pick, Layne has kept himself busy, but has failed to develop into a dependable defensive contributor. His roster spot is vulnerable to competition—or even a numbers reshuffling at other positions.

Linden Stephens: The second-year defensive back spent time on the practice squad last year and is back this year once again to try to crack the 53-man roster, which already appears to be set with the six above.

Chris Steele: A rookie college free agent out of USC, Steele has some decent measureables, but also needs a good amount of coaching. Needless to say, he will have to make an impact on special teams to push for a roster spot.

Carlins Platel: Signed in mid-May after a tryout at rookie minicamp, Platel replaced the below-mentioned Watts on the 90-man roster. A versatile defensive back with good size, Platel lacks athleticism, which will hold him back at this level.

Bryce Watts: A rookie college free agent who got hurt and has already reached an injury settlement. A couple weeks in a Steelers jersey and probably a decent little paycheck.

It doesn’t appear that the Steelers have the top of the depth chart perfectly set in stone. Although they primarily play with three cornerbacks on the field, there are situations where they will only have two—and even one. Who will those two cornerbacks be when they are in a base defense? Training camp will decide that, but you can probably bet Sutton will be one of them.

Still, the top three of Sutton, Witherspoon, and Wallace is presumably entrenched. Those are the ones they are actually paying, after all. But who is the next man up? If Witherspoon or Wallace go down, does Sutton stay outside and Maulet plays inside? Or Tre Norwood or Damontae Kazee, do they become the slot? Does Sutton stay inside with Pierre playing outside? There are a lot of combinations to sift through right now.