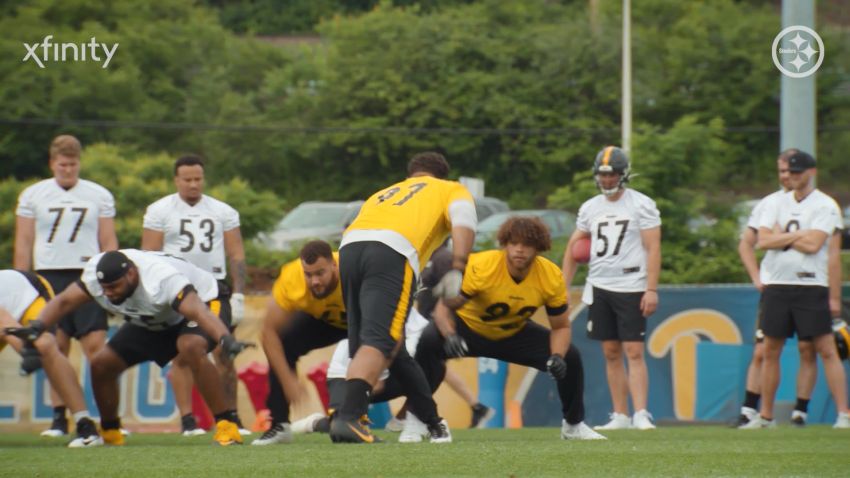 The retirement of Stephon Tuitt was not a shock, but it was a bit of a wake-up call for the Pittsburgh Steelers’ defensive linemen. While they knew that the veteran could make the decision to walk away from the game, now that they know for sure, they also know what that means for their individual roles.

That might especially be big for Isaiahh Loudermilk, who goes from potentially competing for a hypothetical seventh defensive lineman spot to now having a very clear path to playing time as the top rotational defensive end behind Chris Wormley and the man he has most often been compared to, the All-Pro, Cameron Heyward.

Many people, including former defensive coordinator Keith Butler, said soon after Loudermilk was drafted, and especially after he got on the field, that the Wisconsin product reminded them of a “young Cam Heyward”. That is huge praise, of course, especially for a fifth-round pick rather than a high-pedigreed prospect, and quite a lot to live up to. But at least he has the right example to follow—the genuine article, Heyward himself.

“To be out there and see how Cam does certain things, the experience for him, it was great for him to see that first-hand”, fellow lineman Tyson Alualu recently told Gerry Dulac of the Pittsburgh Post-Gazette during the team’s minicamp. “I think he kind of took that on a little bit. He sees how physical Cam is and he tried to put that in his game. Last year was good for him to learn and gain that experience”.

Adding another 10 pounds from where he finished the 2021 season, as he told Dulac, doesn’t hurt. He said that he was up to 300 pounds by the end of last season, which was already 25 pounds up from where he was when he first reported to the team after the draft. He now weighs 310 pounds—a little more muscle to work on that bull rush he’s learning from Heyward.

In truth, this Steelers defensive line already knows what it’s like to play an entire season without Tuitt’s immense talents, since they just had to do it last year, so this isn’t the biggest possible adjustment. But they also have to get a lot better as a unit than they were last year—which they also know.

That’s going to have to come, primarily, through internal growth from players like Loudermilk, though the return of a healthy Alualu in the middle should truly be the single biggest factor in making this defensive line better than it was a year ago. Alualu only played five quarters before fracturing his ankle in 2021.

Loudermilk was inactive for that first game of the season, during which Carlos Davis was injured. He dressed for every other game for which he was healthy (missing one due to injury), even starting two while Chris Wormley was out, and he showed enough to have his teammates and coaches encouraged about what he can develop into.