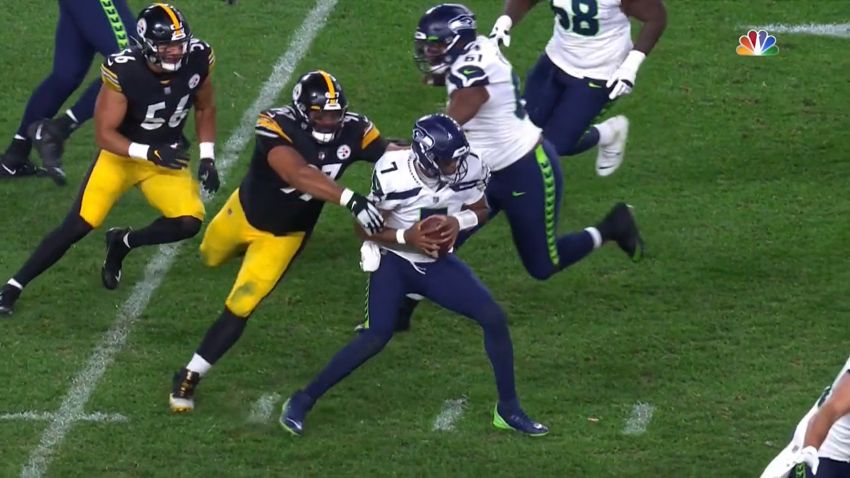 Wrapping up for the week our study on Pittsburgh Steelers’ defensive linemen and how they win on third and fourth down, the critical situations of the game. After tackling the outside linebackers, we’ve looked at Isaiahh Loudermilk and Chris Wormley over the course of the week. We’ll wrap up with the big fish, Cam Heyward, and his pass rush plan and successes on third/fourth down.

Like the others, I’ve charted his rush moves based on the weekly defensive charting we do at Steelers Depot. I’ve totaled his wins and win rate with analysis to follow.

Good numbers across the board. It’s no surprise to see Heyward lean on his bull rush as much as he does. He’s a great power rusher and wins at a high rate. It’s also worth noting some of his swim wins were him starting with a bull rush and then finishing with a swim. Heyward is one of the most successful players on this teams getting pressure on stunts and games even when he’s the looper and more contain guy than the crasher and player designated to shoot through.

Heyward doesn’t have a lot of finesse tools in his belt. We’ve seen him toy with a spin move in past years but it didn’t show up in our study. He’s a no-nonsense pass rusher who bull rushes and uses works off that move well.

If you remove even the stunt and contain rushes and focus on the actual “moves,” Heyward’s success rate jumps to 32.7%. It’s not T.J. Watt’s numbers, but Heyward’s success is better than Alex Highsmith and looks really impressive overall. A good note to go out on for these studies.

As a quick recap, here are the overall third/fourth down success rates from the six players I’ve studied: