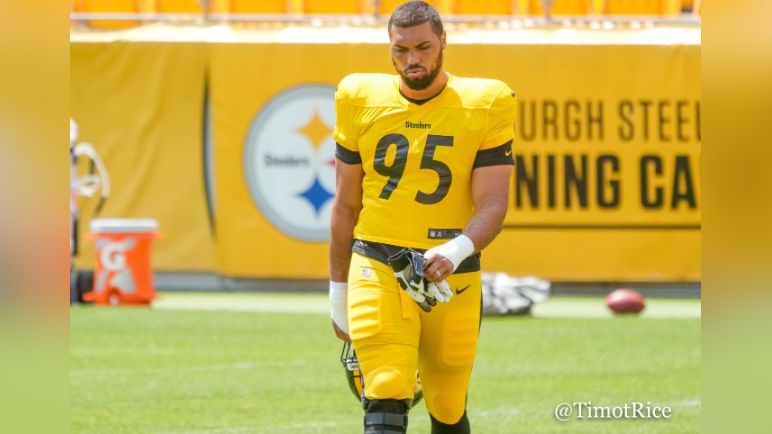 Rolling along with our offseason studies of how Pittsburgh Steelers’ pass rushers win on third and fourth down, the critical, money downs defense must get stops on. We began looking at the Steelers’ defensive line with Isaiahh Loudermilk earlier in the week. Now, we’ll turn our attention to Chris Wormley and his third/fourth down rush moves and successes.

Based on the charting we do, here are his favorite moves and how often he wins with them.

Pretty narrow number of rush moves. Bull was his favorite and generally, not that effective. Wormley was used quite a bit on stunts, 28.6% of the time, which isn’t as huge of a shock because third/fourth down is typically when Pittsburgh dials up their games and blitzes.

Aside from his bull, the only move he used a fair amount was his club move. Not much finesse with his swim, rip, or chop.

It’s worth noting Wormley’s sacks mostly came on first and second down, which hurt his potential wins on this third/fourth down study. Six of eight plays he was involved in the sack (he had seven sacks but two were half-sacks, hence the eight plays) came on first and second down. I went back and charted those plays to see how he won. They look like this:

So contain on three of those sacks, against mobile QBs like Lamar Jackson and Tyler Huntley. Good on Wormley doing his job but those are lesser quality sacks, which may skew the perception of his seven-sack season a bit. His bull, swim, and rip move also won but he is a pass rusher who wins late rather than early on in the rush.

Overall, Wormley’s numbers are better than Loudermilk’s but a bit underwhelming overall. It’s perhaps another reason why the team drafted DeMarvin Leal and signed Larry Ogunjobi, who should offer more pass rush juice and potential. Next up will be Cam Heyward, which should make for an interesting study.