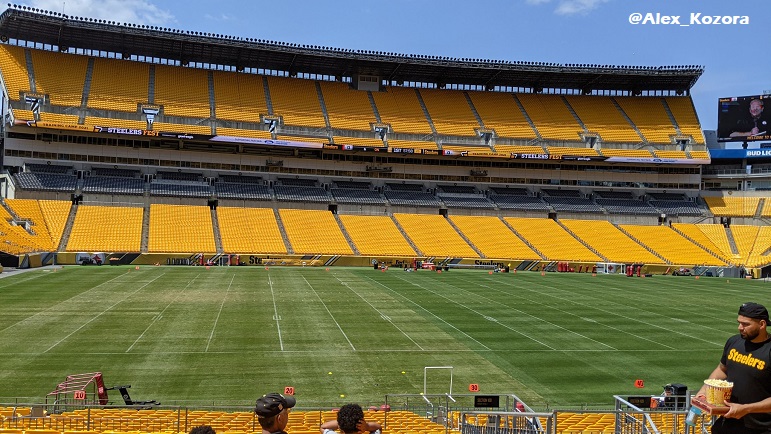 The Pittsburgh Steelers have announced five intern hires for training camp as part of the Bill Walsh Fellowship program. The team tweeted the news moments ago.

We have announced five coaching interns for #SteelersCamp as part of the NFL's Bill Walsh Diversity Coaching Fellowship.

We had previously written about Bell being one of the team’s interns and interviewed him in an article that posted last week. Bell has quickly moved up the coaching ranks and at 27, is the cornerbacks coach at Akron. He told us he’ll be with the team for the first week of camp before returning to the Zips.

Burton is currently the head coach at Lake Travis and played his college ball at Syracuse. He previously served as the head coach for several seasons at Del Valle High School, going 3-6 last year, but he’s reportedly done well to put the school in a positive direction.

Smith, a PA native, serves as Morgan State’s RBs coach and assistant special teams coach. He briefly played in the NFL, a reserve for the Atlanta Falcons for two seasons, appearing in one game.

Williams serves as the OLBs coach at Central Connecticut and has been coaching since 2018.

According to the NFL, the Walsh Fellowship Program is designed to help minority coaches gain experience and networking opportunities with NFL coaches and personnel. The program began in 1987.