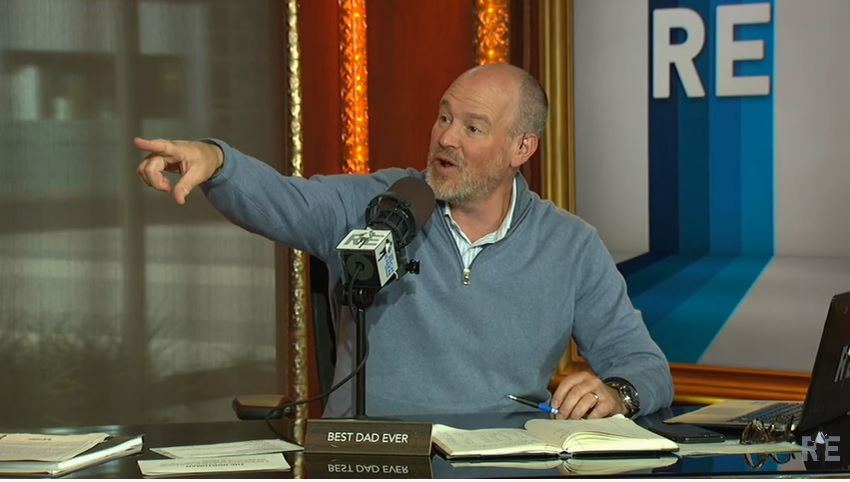 All aboard the Kenny Pickett train. Meet your conductor, Rich Eisen.

In a segment on his Rich Eisen Show Monday, Eisen went to bat for Pickett and believes he’ll start every game this season, including, of course, the team’s Week 1 opener.

It was one of his answers in a quick league-wide Q&A where producer Chris Brockman asked if Trubisky will start every game for the Steelers this season. Eisen flipped the question on its head and went in the other direction.

“He won’t even start Week 1,” Eisen said of Trubisky.

Trubisky inked a QB-modest two-year deal with the Steelers on the first day of free agency back in March. At the time, he appeared to be the presumptive starter. But Pittsburgh was the only team to draft a QB in the top two rounds of this year’s draft, selecting Pickett at #20 overall. Given his pro readiness and relative familiarity with Matt Canada’s system, working on center, using pre-snap motion, he has a real chance to win the job.

Eisen has been a fan of the Pickett selection since the Steelers made it in April. Then, he said:

Even if Pickett doesn’t win the job out of the gate, Trubisky will likely only be on the roster for one season, giving way to Pickett in 2023. Best case, Trubisky plays well and the Steelers can flip him for a mid-round draft pick next offseason. Worst case, he struggles and the Steelers cut him sometime in March.

For now, Pickett is working in typical rookie position, acting as the #3 QB during the first two weeks of OTAs. That’s unlikely to change during the team’s upcoming three-day minicamp, the final bit of work before a six-week rest and return to St. Vincent College for training camp. There, Pickett may have the chance to move up the depth chart. To hear Eisen tell it, he’ll be in pole position by Week 1, becoming the first Steelers rookie QB to start an opener since Terry Bradshaw in 1970.