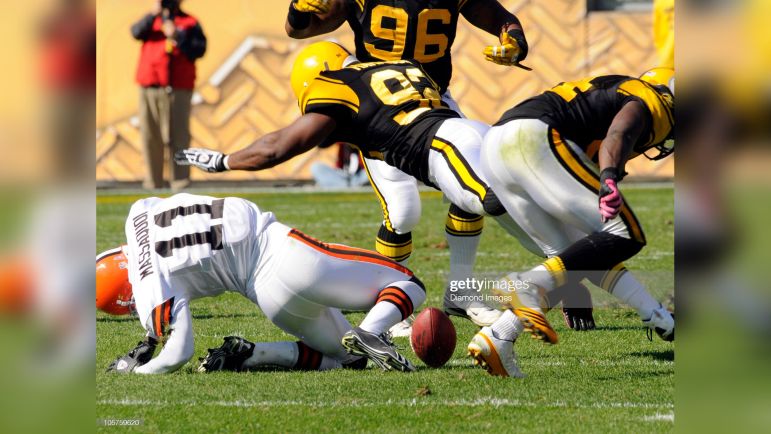 The Pittsburgh Steelers were the most feared team in football during the 2000s—not just because of their talent, but because of their sheer physicality. When you have a wide receiver who was punishing people to the point that they had to create a rule to stop it, you know you’re setting a certain physical tone in your game.

But the NFL changed the tone of the game on them in 2011, indeed, in-season, with the sudden shift toward emphasizing certain rules regarding player safety, which in the intervening years led to more formal rule changes to better protect players. And while head coach Mike Tomlin is all in favor of player safety, he also understands what that meant for his team at that time.

“No question it was the end of that group, not only because just the attrition of this game and the age of the men, but, that team was constructed in a certain way, to play a certain way”, he said of the aftermath of the 2011 playoff loss, during his appearance on The Pivot podcast with Ryan Clark, Fred Taylor, and, and Channing Crowder. “And nobody gave up more with the player safety initiative than that team”.

The sudden shift in emphasis came after a game between the Steelers and the Cleveland Browns in which linebacker James Harrison left two players concussed during the game. There were several other high-profile concussive hits around the league right at that same time, which forced commissioner Roger Goodell’s hand to actually begin enforcing the rules that were already on the books.

While it was for the good of the game, specifically the good of those who play the game in terms of their health—and to help protect the NFL against future legal action—it required both players and coaches to adjust how they went about their business.

“We all give up something for the advancement of the game”, Tomlin said. “I don’t hate the player initiative. I’m a proponent of the player safety initiative. I’ve got sons playing college football right now. How can I be against it?”.

“At that moment, though, we were constructed to win in a certain way. We laid people down, and that’s how we got down”, he continued. “And so that initiative was counterculture to how we played football, and that group gave up a lot”.

Harrison had perhaps the most difficult time adjusting to the new rules, which led to him receiving numerous penalties and subsequent fines for his hits, and he wasn’t the only one on the team. Nobody was penalized and fined more for unnecessary roughness over the next couple of years than were the Steelers.

“The blueprint in which we won football games and championships had to change, because they were flying these dudes to New York every week and taking money from them, and us”, he added.

The Steelers were a team caught between eras, and they weren’t ready for it. At the same time, they also weren’t properly prepared for the natural transitions that were taking place with their aging roster, particularly along the defense.

After the 2011 season, they went 8-8 two years in a row and missed the playoffs, and that certainly wasn’t just because they couldn’t hit people the way they wanted to anymore. It wasn’t just aging, either. Injuries played a role. They looked like they were heading back on the right track beginning in 2014, but as it stands, they haven’t won a playoff game since 2016. The player safety initiative certainly doesn’t account for that.