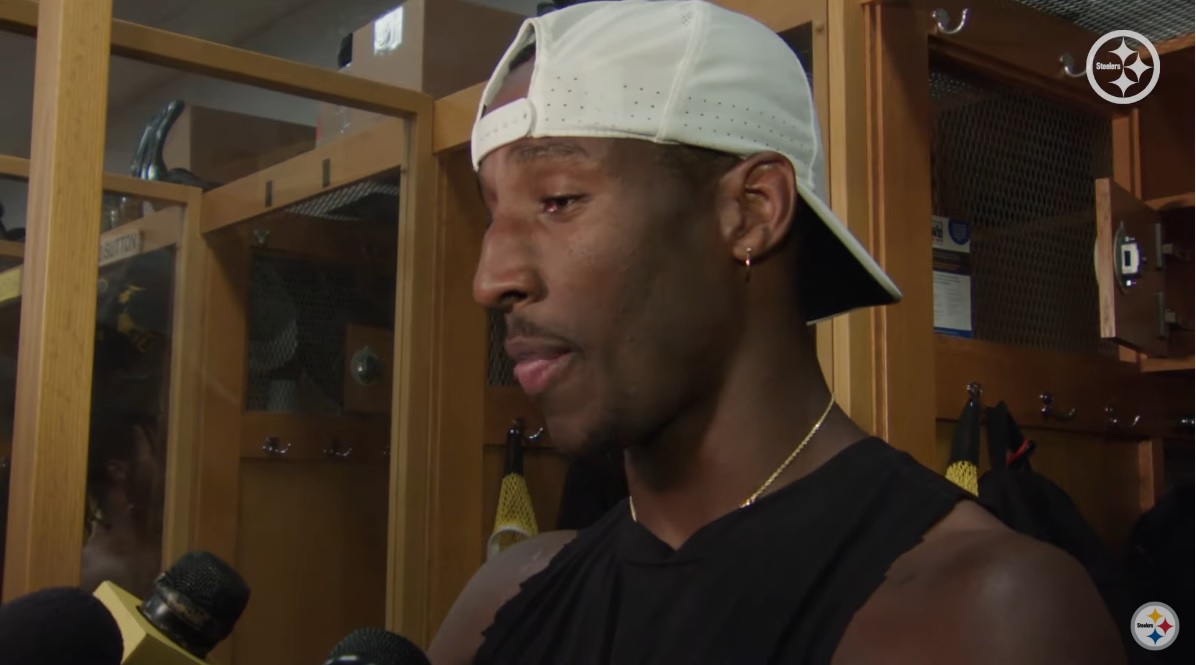 Defensive schemes can come naturally or take some time for some players, but for veteran defensive back Levi Wallace, reading defense or playing defense is natural. Wallace is going into his fifth season in the NFL — first year with Pittsburgh — and has already seemed to be taking the massive strides fans would hope to see the new players do.

“I think learning defenses comes natural to me, it’s just terminology,” said Wallace via the Steelers’ YouTube channel. “There’s no new defenses. It’s just how people play it and the terminology.”

Defense is all about schemes and just being sure once you know the terminology, you can pretty much figure out the rest. For Wallace, having his former college teammate, Minkah Fitzpatrick, to play alongside him has been a help, as he noted in the interview.

Wallace and Fitzpatrick before the NFL was a part of an Alabama team that made headlines in 2017. Before that run, Wallace was even brought on the Alabama squad as a walk-on, but his determination has kept him in the league this long. That 2017 squad went 13-1 and was the #1 defense in college football, allowing just over 11 points per game. They held their opponents to under ten points in half their games, never allowing more than 26 in a game.

It’s cool that you hear stories about how players who go to Alabama are NFL ready, as Steeler fans, we saw it firsthand with Fitzpatrick, the way he is able to jump on the ball so quickly it makes offensive coordinators plan for that.

The Steelers signed Wallace to a two-year contract, but as fans we can only envision what Wallace and Fitzpatrick, two Alabama game changers, in the backfield would be like in the black and gold.

As minicamps wind down, we won’t get to see the black and gold in action for some time. It’s still important to note as Wallace progresses day by day, his comfort in Pittsburgh is going to be huge once those big moments roll around.