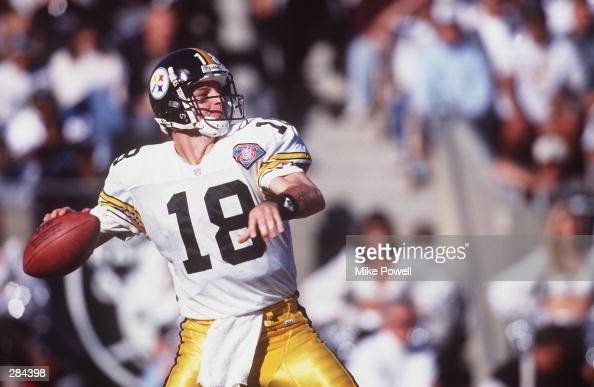 You know the old saying. If you have two quarterbacks, you have none.

What about if you have three?

That’s the position the Pittsburgh Steelers find themselves in heading into training camp next month. Three quarterbacks jockeying for one starting spot: Mitch Trubisky, Kenny Pickett, and Mason Rudolph. And Pittsburgh will have to walk the line between giving those guys a chance versus having tape to evaluate and make a proper, informed decision.

Bill Cowher knows it all too well. Last week, he joined Sirius’ Jim Miller, a former Steelers’ QB, and Pat Kirwan to discuss the time he tried to juggle a three-way QB competition.

“When Neil O’Donnell left and we sat there with you [Jim Miller] in the room, and we had Kordell Stewart, and we had Mike Tomczak, you have three quarterbacks,” Cowher told Movin’ The Chains. “And I just remember at that time I said, ‘okay, we’ll try to split it up.’ You remember very early on in that process, I asked Kordell to go to receiver because it was just too hard to get three quarterbacks enough reps to that really legitimize making a very true evaluation. I think that’s gonna be the toughest thing for them to do.”

Cowher is referring to the 1996 season when O’Donnell went to the New York Jets. Stewart, Tomczak, and Miller were left to replace him. Cowher quickly found out the difficulty in trying to get three guys enough reps in practice and moved Stewart to receiver, making it a two-man race between Tomczak and Miller. Miller won the job, though his victory was short-lived, benched by Week 2 for Tomczak, who started the rest of the season as the Steelers went 10-6 and won their Wild Card Game before falling in the divisional round. Stewart became Slash, running for five touchdowns and catching three more while throwing a handful of passes.

This time around, no one is moving to receiver. No one wants to see Mason Rudolph run a go route including Mason Rudolph. Pittsburgh will try to figure out a way to split the snaps this summer, but it won’t be easy. In past years, Ben Roethlisberger’s rest days, his full-day, half-day, off-day, schedule gave quarterbacks a chance for extra reps. Barring injury, there won’t be any rest days this year.

During a training camp practice, there’s roughly 50 total reps during team sessions. Over 18 practices open to the public, that is 900 total reps. Mitch Trubisky figures to see maybe not the majority but the plurality of the reps. Pickett needs them too as the team figures out what they have in their first round rookie. But if Rudolph is going to be given lip service of being in the mix, he’ll need work too, though the team knows him far better than the others. Perhaps camp reps could look like this:

With ebbs and flows along the way. But it’ll be tough to get clear evaluations if Pittsburgh is trying to give their top three equal reps. Mike Tomlin’s said it before. Fair doesn’t always mean equal. And the team will have to make some hard decisions on who to give more to. Trubisky and Pickett need to dominate the reps this summer so Pittsburgh can most accurately choose their starter, though as Cowher’s selection of Miller proved, those first picks aren’t set in stone.