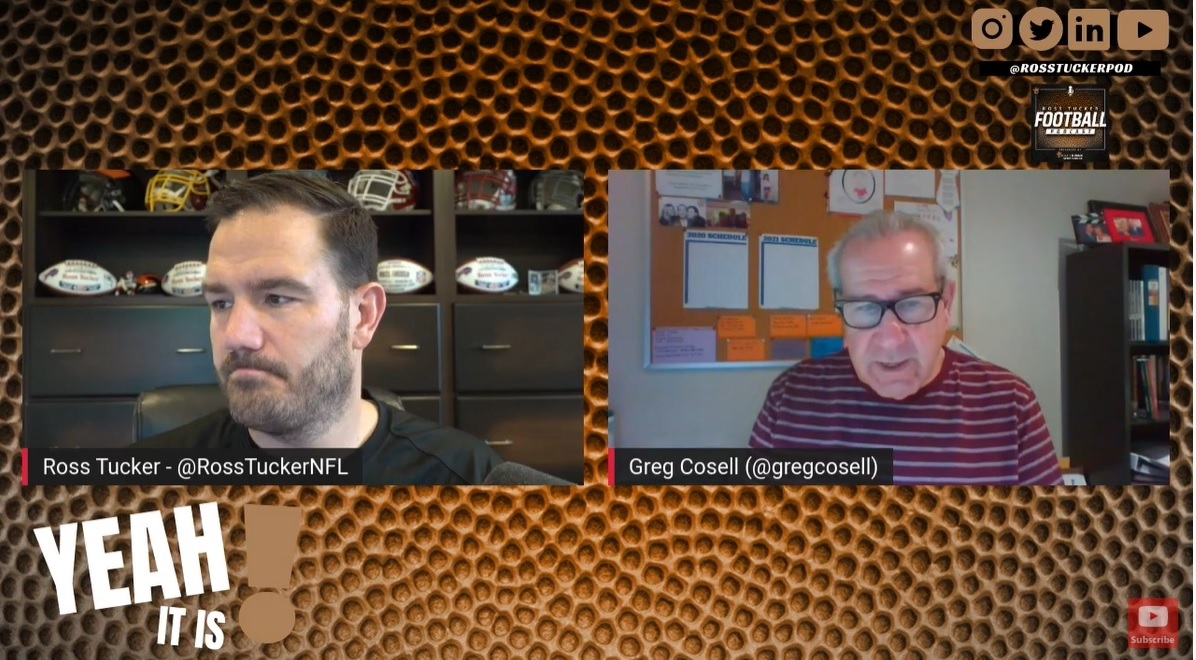 It’s been awhile since the 2022 NFL Draft, but Greg Cosell is chiming in with some positive impressions of what the Pittsburgh Steelers did. As part of a division-by-division recap on the Ross Tucker podcast, Cosell broke down what Pittsburgh did, specifically in Rounds 2-4 with WRs George Pickens and Calvin Austin along with DL DeMarvin Leal.

Cosell had high praise for Pickens and the value he presented in the second round, #52 overall.

“I know teams had first round grades on him,” he told the show. “I thought overall that he was the best receiving prospect in this draft class base solely on tape. Big, physical, can run, played in the SEC, came in the SCC as a true freshman and was a dominant wide receiver.”

Pickens had first-round ability, but a March of 2021 ACL tear caused him to miss most of the season, only returning late in the year on a limited snap count. There were also reports and questions over his maturity and overall readiness as a 21-year old who hasn’t played a lot of college football. But there’s no question Cosell is correct in pointing out the value and had Pickens been healthy, there isn’t a chance he would’ve been on the board at #52. Now, it’s a question over how much of an impact he can make as a rookie.

Cosell offered an interesting viewpoint on Calvin Austin and how the Steelers may use him.

“He played outside in Memphis. And of course, because of his size, people immediately say he’s a slot receiver. I don’t know about that. I think he could be one of those guys you end up moving around the formation quite a bit. He’s super explosive.”

Austin primarily played on the outside with the Tigers, especially over his final two years. Pittsburgh seems focused on working him in the slot, still a sensible decision given his size and the bodies on the outside: Diontae Johnson, Chase Claypool, and largely, Pickens (though he could play in the slot too). Offensive coordinator Matt Canada will get to run a better version of his offense this year and could get Austin involved in the RPO and screen game along with carries on jet action.

“Leal was an intriguing guy because after his 2020 season, I watched him last summer, he looked like a potential first round pick because he could play inside. He could play outside on the D line. He showed pass rush ability. He was not as good in 2021. And that’s the reason why he dropped to a third round pick. But the traits are there.”

Leal’s production improved across the board from 2020 to 2021, and it wasn’t a matter of him playing significantly more games, either. But his tape wasn’t as strong and he lacked a true NFL fit, working as a hybrid DT/DE. Pittsburgh has put weight on him and he’s up to over 300 pounds, attempting to define him as a true 3-tech/4i. He’ll have to show he’s stronger and able to stop the run, one of his question marks and the Steelers’ biggest issue a year ago. As DL Coach Karl Dunbar says, you have to earn the right to rush the passer.

Overall, the Steelers’ strength in the draft was with the two receivers they selected. But it’ll be a class defined, for better or worse, by first-round QB Kenny Pickett, the only passer to go in the first or second round this year. Just as Ben Roethlisberger made the 2004 class look good despite only getting meaningful contributions from one other selection, OT Max Starks.