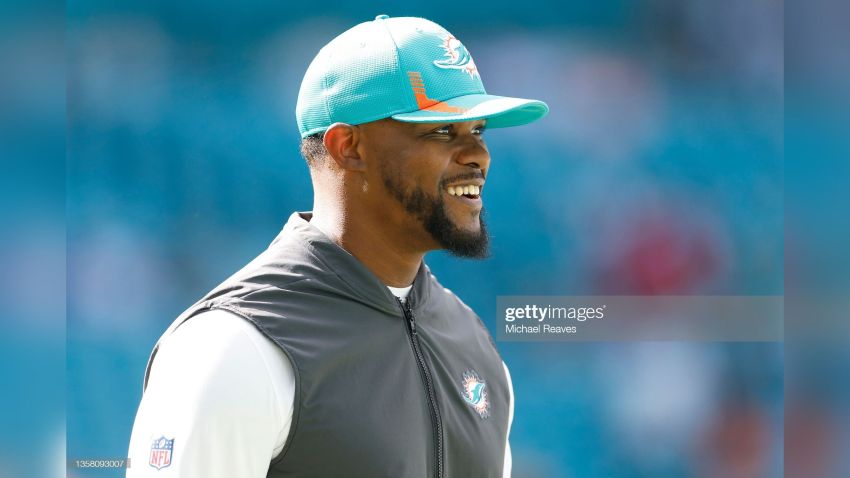 The Pittsburgh Steelers made a slew of key adds this offseason. A new (hopefully) franchise quarterback in Kenny Pickett. A beefed up offensive line, a starting corner, a pedigree guy like Myles Jack. But the biggest and most immediate addition of all might not be a player. It might be a coach, Brian Flores, hired as a defensive assistant and linebackers coach this February.

Speaking with 93.7 The Fan Wednesday, Devin Bush talked about the impact Flores is having.

“I think he’s a big addition to the Steelers,” Bush told the show. “Having him in the room is outstanding. He’s a guy that’s real football-minded and he loves the game. So you can ask him any type of question, have any type of discussion with him and just talk about football and life, honestly. And I think he’s a real good addition to our squad.”

Mike Tomlin hired Flores earlier in the offseason after Flores was hired by the Miami Dolphins. Flores is now involved in a legal battle against the NFL over racial discrimination allegations along with Flores’ assertion that Dolphins’ owner Stephen Ross offered Flores $100,000 per loss to tank in 2019. That suit remains ongoing. Given the circumstances, many thought Flores would be out of the league this year until the court system processes his case. But Tomlin offered him a job, one that’ll be to the Steelers’ benefit.

Flores is regarded as an incredibly smart, defensive-minded coach with the resume and ability to be a head coach somewhere else or at minimum, a defensive coordinator. In Pittsburgh, he seems to primarily be coaching the linebackers and has been spotted at OTAs working with the off-ball linebackers, like Bush.

2022 is a critical year with Devin Bush. Pittsburgh declined his 5th year option last month, making him a free agent after the season. Bush struggled trying to bounce back from a 2020 torn ACL. But there’s reason for optimism this year. Bush is another year removed from the injury and could focus on football, not rehab, this offseason. The Steelers’ defensive line should be in a better place this year, even knowing Stephon Tuitt won’t be part of that group. Bush will have Myles Jack playing next to him and Brian Flores as one of his coaches, setting him up for success this season. If not, the team will wash their hands and find someone else next offseason.