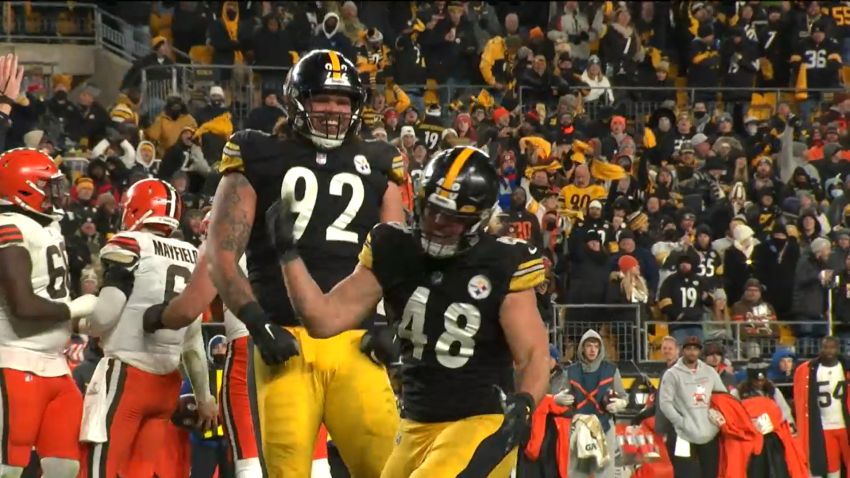 Steelers OLB Derrek Tuszka is staying involved with the Pittsburgh community when he’s not on the field, as he told Steelers.com Teresa Varley he’s been volunteering with No Dog Left Behind, a Pittsburgh non-profit.

No Dog Left Behind takes animals that have run out of time at their shelter and relocates them to another shelter to give them the ability to still be adopted. They fly dogs around the country to find the best shelter for each individual animal. The aviation aspect appealed to Tuszka, as he told Varley he got into aviation before he went to college at North Dakota State.

“It was very cool to see the whole operation and how it works,” Tuszka said. “I shared my interest in helping more, so hopefully I can help them out at some point and give some dogs another opportunity at having a home.”

It’s good to see Tuszka staying active and giving back to Pittsburgh off the field. After spending most of his rookie year on the Denver Broncos practice squad, Tuszka was signed to Pittsburgh’s practice squad before Week 1 last season and was called up for the Week 4 matchup against the Green Bay Packers. Tuszka logged 194 snaps on special teams for the Steelers, and after Melvin Ingram was traded he also had a bigger role on defense, playing 247 snaps on defense and registering 18 tackles and two sacks. He entered the offseason as the likely No. 3 on the depth chart, and Pittsburgh’s only additions to the outside linebacker group have been to sign Genard Avery and bring back Tuzar Skipper, while the team released veteran John Simon. There’s obviously faith that Tuszka can be a reliable backup and someone the team can call upon to make plays when needed. While T.J. Watt is a superstar and Alex Highsmith is an above-average starting linebacker, the Steelers need quality depth to spell those guys and keep them healthy late into the season. As of now, it appears the Steelers believe Avery and Tuszka can be the depth the team needs.

It wouldn’t really be surprising though if the Steelers do bring in an outside free agent at the position, similar to what they did with Ingram last season. If they don’t, it will be fun to watch the competition between Avery, Tuszka, and Skipper for the No. 3 spot in the OLB depth chart and see if any of the three can break out and become a legitimate contributor for the Steelers.