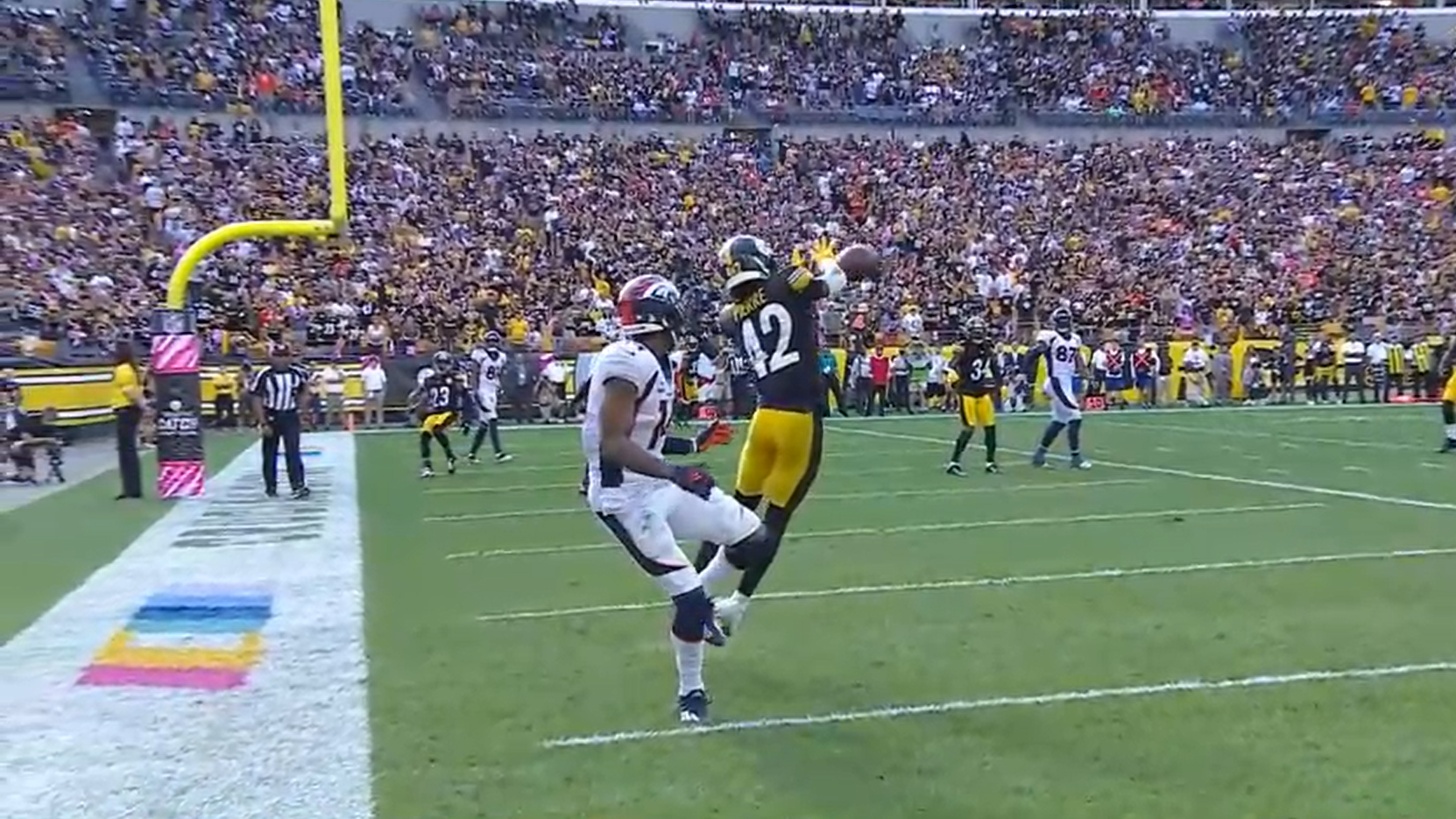 After making the team in 2020, Pierre worked his way into the rotation in 2021 as the Steelers’ No. 3 cornerback behind Joe Haden and Cam Sutton, entering the game in sub-package situations as Sutton kicked inside to the slot. Pierre more than held his own, making some plays early in the season to warrant his playing time, including a win-sealing interception in the end zone against the Denver Broncos in Week 5.

Despite some strong play at times early in the season, Pierre fell off as he struggled to stick with some top receivers, leading to him being relatively buried on the depth chart throughout the season before reemerging at times down the stretch.

Though he improved late in the season in a tie against the Detroit Lions, turning in his best individual performance of the season, Pierre is a forgotten commodity on the depth chart at corner for the Steelers, especially after Pittsburgh retained Ahkello Witherspoon in free agency on a two-year deal and brought in veteran Levi Wallace from the Bills in free agency on a two-year deal. Pierre has a tall task in front of him, in terms of getting back on the field for the Steelers defensively, at least at this juncture.

He remained a strong special teams player down the stretch last season, even with his struggles defensively. Ahead of his third season in the NFL with the Steelers, Pierre — speaking with the Pittsburgh Tribune-Review’s Chris Adamski during mandatory minicamp in early June — stated he believes he’s a smarter player overall and understands the game more after his struggles, allowing him to step back and observe once again.

“I’ve never lost that edge that I had as a rookie,” Pierre said, according to original reporting from Adamski. “Keep that edge, and doing everything you can to focus on all aspects of winning, helping the team win. Mentally, I’m a better player. Physically, I got a little taller, but my brain, it grew, too.

“I’m understanding the game more. I know what it takes to get the job done.”

Pierre definitely took his lumps as a second-year player seeing regular snaps defensively. There was the long touchdown he gave up to Cincinnati Bengals’ star wide receiver Ja’Marr Chase in Week 3, before then getting beat by Cincinnati’s Tee Higgins later in the season. Some of those struggles were due to inexperience and not understanding the game situation such as the down and distance. That happens with young players.

Taking those lumps though made Pierre stronger mentally and physically, which has him aiming to show just what he can be in year three. He’ll have to leapfrog fourth-year cornerback Justin Layne on the depth chart, as Layne was getting defensive reps over him late in the season. The Steelers certainly aren’t out on Pierre as a cornerback in the NFL, but they didn’t exactly show much confidence in him this offseason.