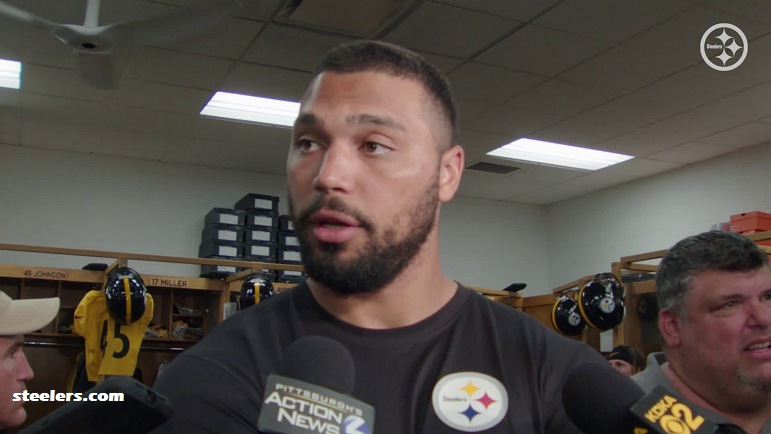 Former @WhitmerFB Panther and Defensive End for the @steelers, @Chris_Wormley43 came back to the town that started it all to give back with a Youth Football Camp! 🏈

See more on this story below… 👇 pic.twitter.com/dveQevi1Uq

“I think anytime you lose a Hall of Fame quarterback whose done so much in his career for the city, it’s going to be hard to replace. But I think Mitch is the guy for it, he has a lot of experience, he’s made the playoffs twice, he’s been a starter for years,” Wormley said. “To bring a new, fresh look to the offense I think is exciting,” Wormley said.

Wormley started 14 games for the Steelers last season, accumulating seven sacks and he’ll likely have a big role again this year, especially following Stephon Tuitt’s retirement. Trubisky has been taking first team reps for Pittsburgh but is in a quarterback competition with both QB Mason Rudolph and QB Kenny Pickett. Wormley is the latest in a line of Steelers to praise Trubisky, as both Levi Wallace and James Daniels, who both played with Trubisky previously, have praised his leadership. Meanwhile, rookie WR George Pickens has talked about Trubisky’s arm strength.

There’s a long way to go before Week 1 on September 11 in Cincinnati, but it’s clear Trubisky has the respect of his teammates. Couple that with him being the guy the team is looking at their starter right now as evidenced by his first-team reps, I’d say the odds are pretty good right now that Trubisky is QB1. Still, a lot can change in three months, but it certainly seems as if things are trending in Trubisky’s direction.

Trubisky easily has the most experience as a starter, and if Pittsburgh feels that he can help lead them to the playoffs like he did twice for the Bears, he’ll be the guy to start the season. At some point, Kenny Pickett will take over as QB1, but if Trubisky gets the nod Week 1 and plays well throughout the course of the season, there’s a chance it won’t be until the 2023 season.

With all that being said, it’s clear teammates past (Josh Allen has also praised Trubisky) and present respect what Trubisky brings to the table as a teammate and a leader. No matter who starts Week 1, expect Trubisky to positively effect the Steelers in some capacity in 2022, whether it’s on the field, in the locker room or on the sidelines.