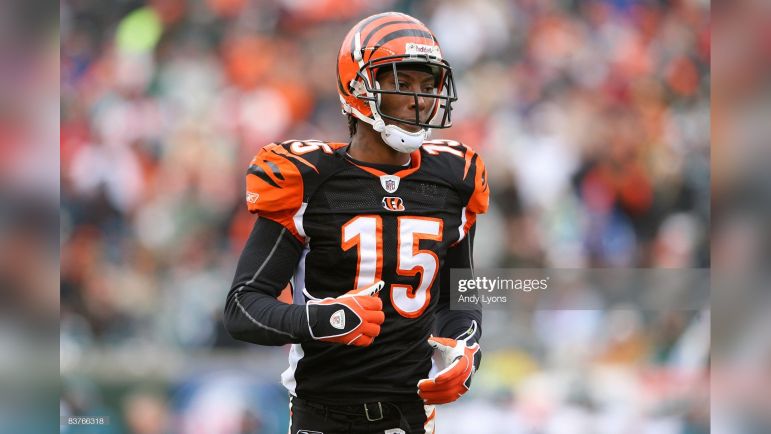 Chris Henry was a very talented and physically gifted wide receiver. He was drafted in the third round by the Cincinnati Bengals in 2005, yet due to his incredibly tumultuous young adult life, he quickly found himself out of the league by 2008. He would die tragically a year later after falling out of the back of a moving vehicle while in the midst of a domestic dispute with his partner.

In hindsight, Henry may be best known for what followed, as in 2010, it was found that his brain showed obvious signs of CTE, or chronic traumatic encephalopathy. At 26 years old, his was the first evidence of an active player suffering from CTE, even though it had long been known that older players who had passed away—sometimes by their own hands, like Junior Seau, Aaron Hernandez, and Dave Duerson, who deliberately shot himself in the chest so as to preserve his brain for study.

Still, his sons are interested in living up to a much different legacy—that of his play on the field. Chris Henry Jr., though just 14 years old and preparing to enter high school, very much has his father’s talents, and is already taking college visits and receiving offers—including from Penn State, among others.

Chris Jr. told Mike Dyer for WCPO Cincinnati that he likes to watch his father’s tape from his college days at West Virginia best. “Those are my favorite. When I watch him it’s like we run the same, catch the same — it’s crazy”, he said. “It’s really important to live up to my dad’s legacy. I think about it a lot when I’m on the field”, he added, saying that he believes his dad would be proud of him.

He does cut a striking image to his father, standing at 6’3” and 180 pounds before he even steps onto a high school football field. His football tape already shows what he’s capable of, which is precisely why he is already being recruited.

And Henry’s former college and NFL teammate, Adam ‘Pacman’ Jones, is right there along with his boy—or boys. Jones adopted both of Henry’s sons, including DeMarcus, a year younger. Instead of figuring out who would wear their father’s no. 15 jersey, Chris wore no. 1 and DeMarcus no. 5.

Chris Henry ultimately played in five seasons from 2005 through 2009 with the Bengals, 55 games in all. He caught 119 passes for 1,826 yards and 21 touchdowns, though his off-field troubles greatly impeded his career success. He looked to be budding into a star after catching 36 passes for 605 yards and nine touchdowns in 13 games during his second season.

Now his sons are hoping to fulfill the promise that he showed on the field. Chris Jr., according to his coaches—which include a former teammate of his father’s—see how driven he is to reach the NFL. He’s still many years away before he would even be eligible, but that hasn’t stopped numerous high-profile colleges from actively recruiting him, as they will soon with his brother.