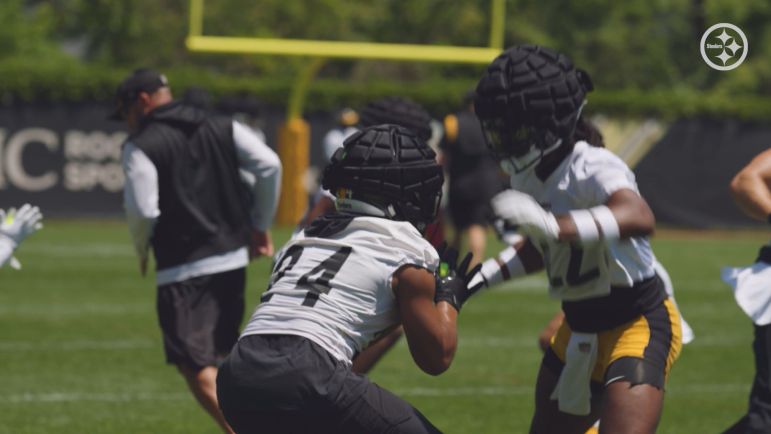 Topic Statement: The Steelers will fail to make good on the notion of Najee Harris getting rest during games.

Explanation: Najee Harris played 980 offensive snaps for the Steelers last offseason, or 84 percent of their offensive snaps when he was on the field—the most in the league for any qualifying running back. It would have been higher if not for injury. But the coaches have talked about getting him some rest during games this season after his league-leading workload as a rookie.

Look, fellas. We’ve been down this road before. It’s something that we talk about almost every year. It was an annual tradition when Le’Veon Bell was in town. The only reason we didn’t talk about it much with James Conner was because his in-season injuries usually gave him built-in rest.

Whether it’s constitutionally wired in him or what, Mike Tomlin simply does not believe in rotating running backs. Not even when he has good ones. DeAngelo Williams hardly played while Bell was healthy—and then nearly had a Pro Bowl year when Bell went down, and set career-highs as a receiver.

Harris is going to be on the field around 85 percent of the time this year. It’s not like they upgraded the running back room this offseason and gave themselves more options. Harris doesn’t even want to come off the field. He said he’s negotiating with the coaches about how much he can play. You really think, in an in-game situation, they’re going to take him out? Not unless they have a huge lead or deficit, and that’s not likely to happen often.

You can’t watch your rookie running back lead the league in snaps and touches and just allow that to go unnoticed. While Tomlin’s track record is one of running the proverbial wheels off of bell-cow backs, he’s in his 16th season now. He’ll learn from his past experiences with Willie Parker, Rashard Mendenhall, and Le’Veon Bell.

Running back is the most fungible position in the game, so they’re not limited just to what they have on the roster now. But they seem to like the rookies they added this year after the draft, and still hold out hope of Anthony McFarland adding to the mix. Benny Snell is someone who’s had a larger workload than he had last year, so we already know there are more snaps available than were taken by non-Harris backs in 2021.