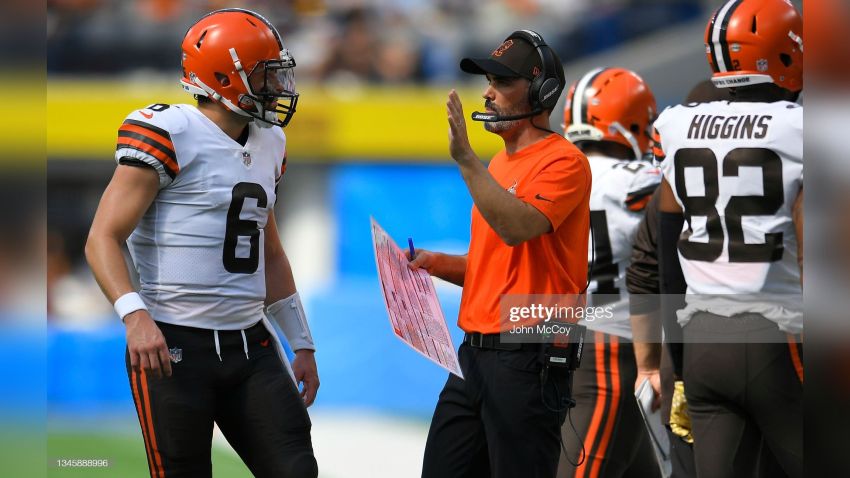 As it becomes increasingly uncertain when—or whether—the Cleveland Browns will have quarterback Deshaun Watson available to them during the 2022 season, another Browns quarterback is making it clear what he expects his availability to be. 2018 first-round pick Baker Mayfield, to nobody’s surprise, has no plans on suiting up for the Browns this year, regardless of how Watson’s disciplinary hearing unfolds.

Writing for SoonerScoop, Carey Murdock was recently able to reach out to the former Oklahoma quarterback. “I think it’s been pretty obvious, the mutual decision on both sides is to move on”, he said. “I’m thankful for my four years in Cleveland. There’s a lot of ups and downs and a ton of learning experiences that I’ll forever keep with me”.

Drafted first overall in the 2018 NFL Draft, Mayfield has been Cleveland’s primary starter since then, leading them in 2020 to their first winning record since 2007, then taking them to the playoffs for the first time since 2002, and finally, winning their first playoff game since 1994.

Yet the 2021 season was plagued by injury and controversy, with a schism between himself and wide receiver Odell Beckham Jr. ultimately resulting in the release of the latter. Mayfield’s play suffered significantly due to his injury, and the team ultimately floundered on the field, reverting back to a losing record and missing the playoffs.

The front office has seemingly put the blame squarely upon his injured shoulders, and as you know, they went all in to get Watson, trading three first-round picks plus other significant draft resources just to get him from Houston. Then they paid him a five-year, fully-guaranteed $230 million deal, an unprecedented contract, despite knowing that he was facing dozens of civil lawsuits for sexual misconduct.

The manner in which they went about their pursuit of Watson was an ugly experience for Mayfield, and he ended up requesting a trade. Yet if Watson is unavailable for the entire 2022 season—with his contract tolling into 2023—then one could easily see how they would want to go with Mayfield over Jacoby Brissett.

“I think for that to happen there would have to be some reaching out”, Mayfield said about the possibility of continuing to play for the Browns if Watson is suspended for a full season—that answer preceded by a “No”. He added, “We’re ready to move on, I think on both sides”.

And yet he’s still under contract with the Browns, actually owed more than $18.5 million this year, guaranteed. They’ll have to pay him that unless they are able to trade him, and clearly there has been no rush to get that done.