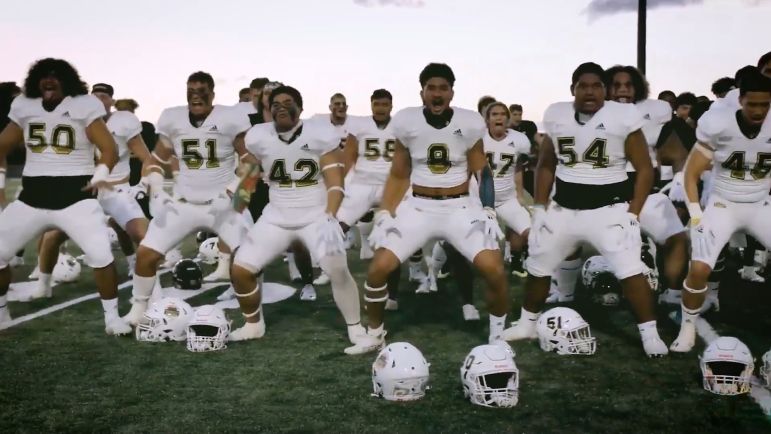 The reputation of the Polynesian American football player, or rather, perhaps, the image, is that of a huge, hulking individual, typically an offensive or defensive lineman. There would occasionally be a linebacker like Junior Seau, or a safety like the Pittsburgh Steelers’ own, Troy Polamalu. It’s more in recent years that we have begun to see more Polynesians at skill positions.

In honor of Asian-American and Pacific Islander Heritage Month, Polamalu and former San Francisco 49ers Pro Bowl guard Jesse Sapolu sat down and spoke with Steve Wyche about the legacy of Polynesians in football, and in the NFL, and how it has grown.

“Growing up Samoan, being raised Samoan, we represent something that’s much bigger than ourselves”, Polamalu said. “And not only do we represent our family, but really our culture, because the culture is almost like one gigantic family. I think not only representing that, but representing all the great Polynesian, Samoan athletes, it’s just really a big blessing for me just to be part of that lineage and carry on the heritage of what our culture represents through the NFL”.

Polamalu, who was voted into the Pro Football Hall of Fame in 2020, also reserved a healthy portion of his induction speech to honor his Samoan roots and that of the Polynesian diaspora who have for decades helped to tell the story of this game we all love.

“I come from a culture where discipline, humility, and respect are not only the foundation to our survival, but the key to our existence”, he said early in his induction speech back in August. “I am a first-generation American Samoan, and proudly representing my family’s lineage to American through the NFL”.

With Wyche, he also talked about how the game itself has become a part of the Islander culture, and how it is rooted in coaching, how it shows up, for example, in today’s young quarterbacks, like Marcus Mariota and Tua Tagovailoa.

“If you just look at the role in Polynesia, within a team, they may not be the captains, but they’re somehow the foundation or the bedrock of a lot of the teams”, he added; “most importantly the cultures within the team. But you’re also starting the see the influence of Polynesians as coaches in the NFL, and understanding how important it is for them to be teachers now”.

Polamalu himself is, of course, one of the all-time great Polynesian players in the history of the game, right up there with Seau as the best of all-time. Currently, at least to the best of my knowledge, their only player of Polynesian ethnicity is Tyson Alualu, a Hawaii native, but they’ve certainly had others, such as JuJu Smith-Schuster, Chris Kemoeatu, Chris Fuamatu-Ma’afala, and Kimo Von Oelhoffen. Smith-Schuster was named Polynesian Player of the Year for the 2018 season.