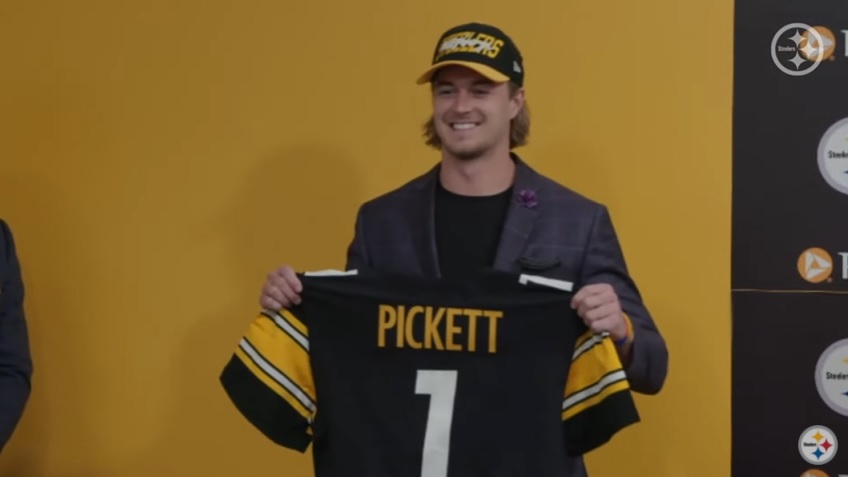 Pittsburgh Steelers quarterback Kenny Pickett, the team’s first round draft pick this year, has the second-best odds to become the 2022 NFL Offensive Rookie of the Year, according to odds released on Monday by BetOnline.ag.

According to the betting site, Pickett, who was drafted 20th overall by the Steelers on Thursday night, currently has 7/1 odds of winning the annual award. He is second to Atlanta Falcons wide receiver Drake London, this year’s eighth overall selection, who has 13/2 odds on the site. New Orleans Saints wide receiver Chris Olave, this year’s 11th overall selection in the draft, has the same odds as Pickett.

Of the other rookie 2022 quarterbacks, Matt Corral is 14/1 and Desmond Ridder and Malik Willis are both 16/1. Sam Howell is 33/1 and Carson Strong is 50/1. In total, only nine quarterbacks wre selected in the 2022 NFL Draft, and the Steelers picked two of them in Pickett and Chris Oladokun, who was the team’s final selection.

A Steelers player has won the NFL Offensive Rookie of the Year award three times since its inception in 1967, with running back Franco Harris winning it in 1972, wide receiver Louis Lipps winning it in 1984, and Roethlisberger in 2004.

The Steelers’ second-round pick this year, wide receiver George Pickens out of Georgia, has 33/1 odds. 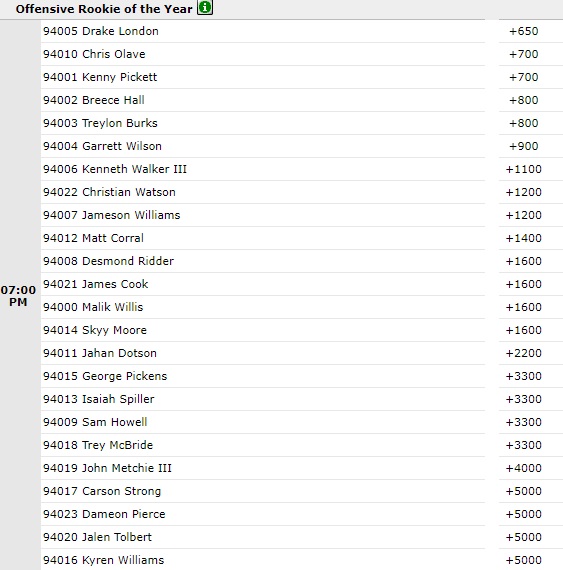