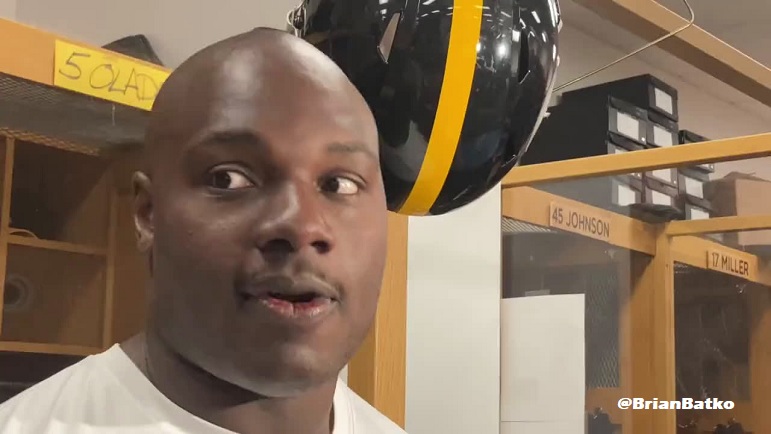 If you’re an avid reader of Steelers Depot (and we hope that you are!) you already have all the answers to the test. But if you’re new of need a refresher, Steelers’ OG James Daniels broke down new O-line coach Pat Meyer’s pass pro philosophy today, as shared in a tweet by the Pittsburgh Post-Gazette’s Brian Batko.

If you’re an O-line buff, you might enjoy new Steelers right guard James Daniels breaking down how the unit is being instructed by new coach Pat Meyer pic.twitter.com/bSHaE4o7lT

An aggressive pass protection mindset was exactly our conclusion when we recapped a recent coaching clinic Meyer did on the art of pass pro and how he teaches it. Here’s what we wrote back in February.

“From an X’s and O’s standpoint, in the clinic I watched, Meyer preached aggressiveness. That’s common in the run game but we hear less about aggressiveness in pass protection. But Meyer held that idea higher than all others.

To sum it up. Late in his coaching clinic Zoom call, he said players often come to the sidelines after they get beat and ask what they need to do to get better. Meyer’s answer?

That’s his answer to a lot of offensive linemen problems. It’s also literally the first thing he began talking about in his clinic session.”

In the clinic, he included a photo of how the line should create the pocket. Flat in the middle with wide edges. 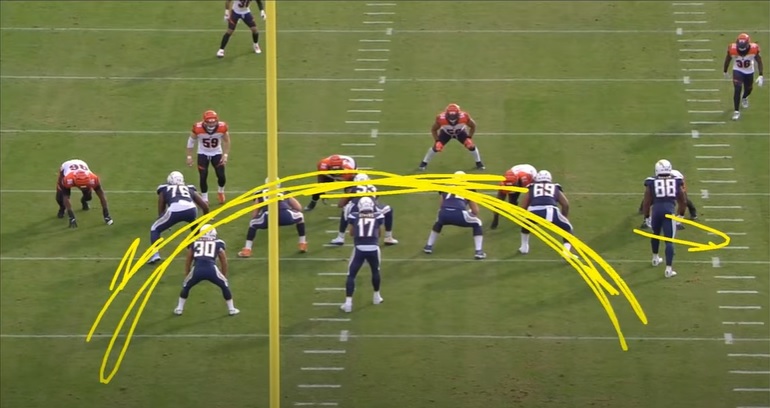 One of Meyer’s favorite phrases is “first significant contact” in pass protection, meaning being the first one to engage with aggressive and often flat and short sets. It’s something we discussed in regards to Dan Moore Jr. in our video earlier today.

Meyer replaces Adrian Klemm and will hopefully bring stability to the O-line room that hasn’t existed since Mike Munchak left. Shaun Sarrett was tabbed as Munchak’s successor but didn’t get the job done. Klemm was promoted from assistant to the head job, but left before the 2021 season even ended for an Oregon job. Last year’s assistant Chris Morgan left for Chicago and the team brought in Meyer, let go by Carolina, while adding Isaac Williams as his new assistant.

Throughout the year, we’ll certainly be referring back to Meyer’s clinic and Daniels’ comments in evaluating our tape study and film breakdowns. But what you need to know is Meyer wants his linemen to be aggressive in every situation they can be. Now this group has to get the job done.

Check out our entire Meyer clinic breakdown that delves into the different types of sets and exactly how Meyer will teach this Steelers’ group how to protect their new quarterback. Whoever that is.