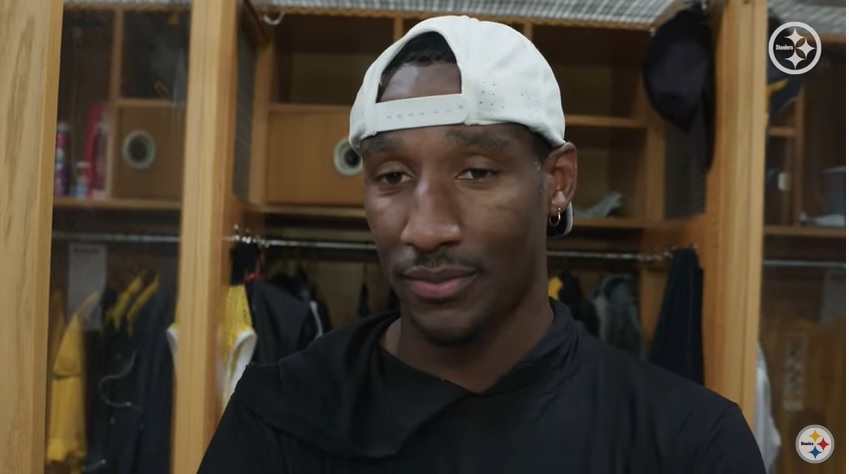 Levi Wallace is no stranger to offseason OTAs. He’s an established veteran who climbed the ladder from UDFA to starter and turned it into a nice payday in Pittsburgh. The only downside to a new team is starting new, learning a new playbook, a new system, and from new coaches. Speaking with reporters yesterday, he talked about adjusting to the Pittsburgh Steelers’ system.

“It’s just a little different and I think it’s just different and unique for me, because I’ve just came from a whole different system,” he said via the team’s YouTube channel. “And so just learning it and seeing the ins and out and how I can be successful in the defense.”

The savvy veteran he is, Wallace didn’t divulge what makes the Steelers’ system so different. Potentially a bit more variation in coverage, a Steelers’ system that mixes more man and zone than what the Bills did, who could play man with a top-end cover corner like Tre’ White. But naturally, there’s a learning curve, and he’s at the very start of his Pittsburgh journey, this week of OTAs marking the first time the Steelers’ 90-man roster has been on the field together for team sessions.

Signing a two-year, $8 million deal this offseason, Wallace is expected to be one of the team’s starting outside corners opposite Ahkello Witherspoon. Cam Sutton is poised to play more in the slot in 2022 after primarily serving as an outside corner last season.

Wallace knows for the moment, he sort of feels like a rookie compared to where he sat last year in Buffalo.

“The Bills, I was in that same defense for four years and I could run that like with my eyes closed. So it’s challenging, but it it’s fun at the same time. Just learning new plays.”

He went on to call Teryl Austin’s defense “unique,” but again, smartly didn’t detail what makes it so different. Austin is back in the role of defensive coordinator for the first time since 2018, replacing the retired Keith Butler.

Wallace will look to bring more stability and talent to the Steelers’ cornerback room. He can hopefully bring some leadership too after Joe Haden – still a free agent – was not retained. Wallace won’t turn 27 until next month but has more starting experience, 52 games, than any other cornerback on this roster.