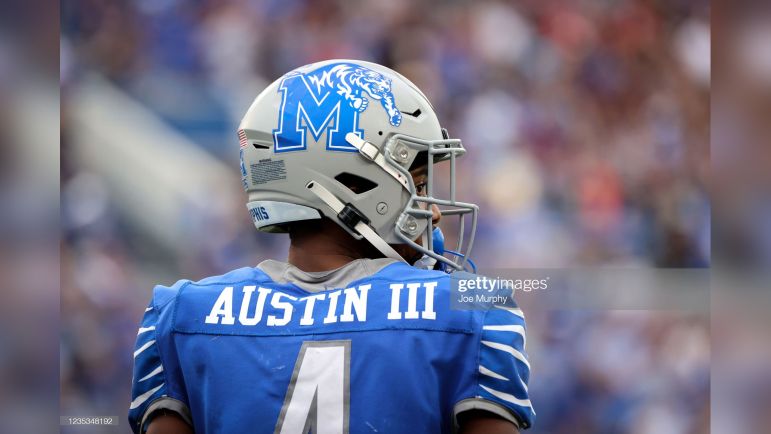 Multi-sport athletes have the potential to be a double-edged sword. While the ability to excel in multiple fields is an indication of an overall talent level, it leaves open the possibility that the focus on both simultaneously hinders the opportunity to maximize either one.

When it comes to football being one of those sports, it’s pretty much impossible to have balance. Take a track player for example. If you run track and play football, then chances are you’re either a track athlete who plays football, or a football player who runs track.

That’s essentially the point that wide receivers coach Frisman Jackson was making speaking about Calvin Austin III after the Steelers drafted him in the fourth round on Saturday. Austin earned a scholarship to Memphis as a track athlete, but his intention was always to play football.

“You see the track speed, and you see the football player in him”, the Steelers’ new wide receivers coach said. “That was important to me, because we know he ran track, he went to Memphis on a track scholarship. I wanted to see the toughness and the competitiveness. I saw those things on tape”.

While Austin was a track athlete, and he confirmed during his own media session that his scholarship was contingent solely upon his track exploits, his decision to go to Memphis was also predicated on his ability to play football.

Oh, and he also had an 83-yard touchdown run during his freshman year when he wasn’t even playing much. That’s that track ability showing up in a practical way on the football field, which is exactly what you hope for when looking at a two-sport athlete, complementing skillsets rather than contrasting.

“When you’re scouting a guy with that track background, you worry about that, whether or not he’s a track player that happens to be playing football”, Jackson said. “I’m excited to get him in the room, because I think he shows that toughness that we want in the room”.

There are those who have worried about Austin because of his size. I’ve even heard comparisons to Dri Archer. The difference is, though, that Austin is not just a football player, but also a wide receiver. There’s no ambiguity about his position. He has the repertoire of a wide receiver, but still has room to grow. And he doesn’t shy away from taking a hit, which is what first caught Jackson’s attention when trying to figure out if he was a track athlete playing football or a football player who ran track.