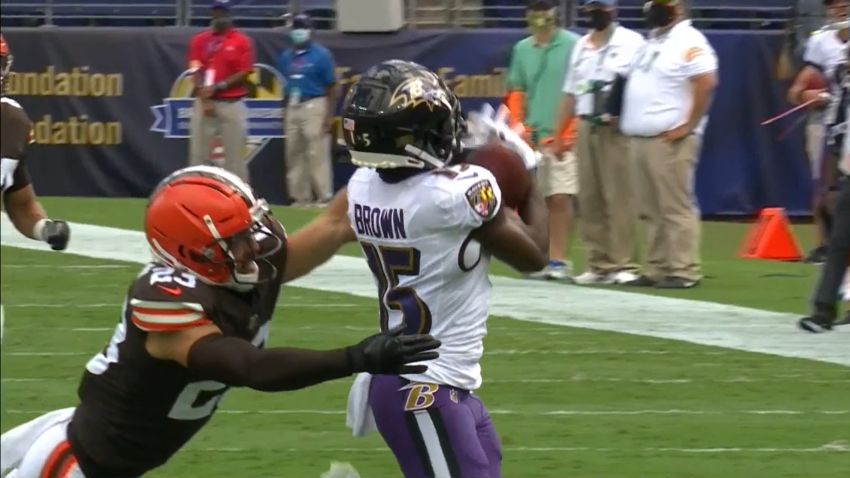 Pittsburgh Steelers head coach Mike Tomlin made himself somewhat infamous, at least among some, when he said that he was looking for volunteers, not hostages, when referring to former running back Le’Veon Bell and his decision not to show up and play under a franchise tender in 2018. He’s invoked the phrase other times since then in addressing players who wanted to be traded, most recently Melvin Ingram last year.

But it’s becoming increasingly common for other teams to see things the same way. Rather than hold a player hostage who doesn’t want to be there, they have been much more willing to ‘oblige’, provided that they get commensurate compensation, in dealing him. That’s what the Baltimore Ravens did with wide receiver Marquise Brown during the draft, as general manager Eric DeCosta admitted.

“Maybe I’m just mellowing as I get older, but if players really don’t want to play here, then I don’t have a strong feeling for keeping them – all things being equal”, he told reporters during his post-draft press conference in explaining the rationale behind dealing their number one receiver, who requested a trade.

Of course, it wasn’t just that simple—ask for a trade and get it. The Ravens sent a compensatory third-round pick with Brown to the Arizona Cardinals and got a first-round pick back for him. That’s good value. Plus, there was the matter of needing to pay him in a year or two.

With wide receiver contracts north of $20 million now on the cusp of becoming commonplace, and with a pending franchise quarterback extension on the horizon, the Ravens understood that they had to pick their financial battles. They just drafted a first-round wide receiver who showed promise a 2021 in Rashod Bateman, and they always work the post-draft free agency market, better than about any other team. It wasn’t an ideal scenario, but it was ultimately what they determined to be best for the organization.

“All things being equal I would have preferred to keep Hollywood. But knowing his mindset, knowing what was important to him and his desires, we made a trade that we feel like we could live with at the time that would look good in the future”, DeCosta said.

He also admitted that there was a wide receiver the Ravens would have drafted if he were available at 14, emphasizing that it was one specific wide receiver, whom he would not name. Four wide receivers were drafted before they selected: Drake London, Garrett Wilson, Chris Olave, and Jameson Williams.

With all that being said, they now move forward with a wide receiver group consisting of Bateman, Devin Duvernay, James Proche, and Tylan Wallace as their top four guys, all of whom have done little in their career—but all of whom are going into only their second or third season.