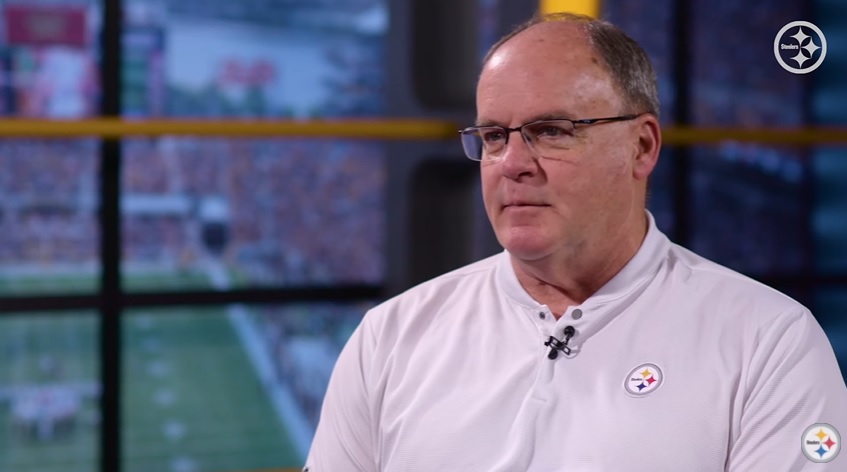 It’s well known in the football community that you can never really tell the overall success of a draft class for several seasons. Over the course of general manager Kevin Colbert’s tenure, it’s easy to say that the overwhelming majority of his draft hauls have been extremely successful, littered with Pro Bowlers and Hall Of Famers, some already enshrined and some well on the way.

Now with his final draft in the rearview mirror, hopefully he left the franchise in great hands for the next decade or more with his last first round selection of QB Kenny Pickett. Colbert recently opened up on looking back and what roads lie ahead for him. However, he made one thing clear in that whoever proceeds him as GM should have one goal in mind, and that’s adding Lombardi Trophies to their trophy case.

“Well, I think anybody that comes into the organization understands, there’s only one thing that counts and that’s winning a Super Bowl and doing it in a manner that reflects on the community and the standards that the Rooney family has,” Colbert said this morning courtesy of Randy Baumann’s DVE Morning Show via iHeartRadio. “And we were successful in doing that a couple times. We got there one other time and didn’t get it done. Several other times we didn’t and you always wish for more, but again, adding to that room, it means a lot, not only to me, but to our staff and to the organization. And hopefully whoever’s in there next, they understand that and they take it further and see what they can do as well.”

Colbert even re-traced his steps back to his very beginnings with the organization, and saying how star-struck he was when the opportunity with the franchise presented itself.

“So you watch from afar and you marveled at what they were doing and never really imagined you could be part of it when you became part of it. When I became apart of it, it was a surreal type of experience to see Mr. Rooney on a daily basis and to interact with him and to have Joe Greene on our scouting staff, after he got out of coaching. There were a lot of surreal moments and you tried not to get caught up in that and just stay focused on that task. So I don’t know how that next person will experience because I don’t know where that person will come from. Art will make those types of decisions when he decides it’s the right time. And I’ll be there to support that person and help him understand that this is a little different around here.”

Saturday after the draft at the team’s post-draft presser, Colbert was asked a question by a reporter, and clearly was overcome with emotion, thinking of the late Dan Rooney and how grateful he is looking back of everything the Rooney family has provided him with.

“To reflect, and you go back and, you just think about, wow, that was pretty cool. And then to think of Mr. Rooney and all that stuff. I mean, that was an emotional moment and it’s something that I didn’t expect but I think it just hits you like that. And you just really appreciate the opportunities you’ve had.”

An avid Pittsburgh sports fan who frequents Pirates and Penguins games, Colbert said he’s eagerly looking forward to tonight’s Penguins’ playoff opener versus the New York Rangers. He also made it very clear that he would like to remain involved with the team and both sides are very open to this. He always will remain a scout at heart, and that heart will always bleed black and gold.

“I don’t know because honestly we don’t know what the next steps are. One side goes through the process and moves on with the next person. And then we’ll decide whether or not I’ll be a part of that. We’ve had an open book approach to this, and like I said, if I can help and not hinder, great. If not, I’ll be a fan. That won’t change, I mean it’ll be from a different angle and a different approach, but even if I’m not at the stadium, your heart’s always gonna be with Coach Tomlin and the players and Art, and everything we tried to put together and hope that it’s a successful endeavor.”