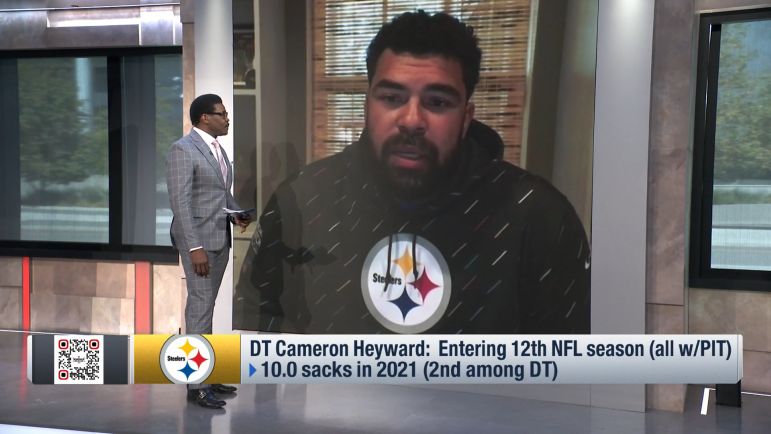 NFL schedule day came and went, and nothing really significant—outside of the fall and early winter plans of football fans—changed in the process. As you might be able to tell, I’m not overly enamored with the nature in which the league attempts to make the schedule release some grand event, though it’s entirely understandable why they as a business and cottage industry (of which I’m wholly a part) would want to do so.

Whether the Pittsburgh Steelers play the New York Jets in Week 3 or Week 11, at 1 PM or 8:20 PM, it really doesn’t matter, especially not in May. They still have to try to win that game regardless of where it’s played, and in a vacuum, they’re no easier to beat in September than in November—generally speaking, at least.

Pittsburgh Steelers defensive lineman Cameron Heyward has the same outlook on the schedule, overall. “Honestly, I don’t really look at it”, he said yesterday about the schedule during an appearance on the NFL Network. “For me, I’m like, ‘Line ‘em up, and let’s get going’. Y’all make the schedule, it’s up to me to perform. It’s up to my teammates to perform”.

The objective of every football game is the same regardless of when and where it’s played. No team ever tries to lose. The only real big factor I can even think of is to hope to have a very difficult game in the final week of the season in the hopes that you’ve already locked up your seeding by then and can rest starters. Yet that can hurt you if you need to win that game to make the postseason, when you’d want a soft game.

And ultimately, you don’t know what team you’re playing, in reality, until the game approaches. Sure, you know the name of the opponent, but you don’t know what their circumstances will be at the time. It’s much better to play the Tampa Bay Buccaneers if Tom Brady is injured, for example, than if he’s healthy, but players don’t get injured on a schedule. It’s impossible to predict when would be the best time to play a team.

“Everybody likes to make a big deal about who you play, when you play, where, but who’s to say what that team looks like Week 15 in?”, Heyward said, expressing the same sentiment I intended to convey above.

I’m sure other players may put more stock in the where and when, but I think a lot of them are like Heyward. Just tell me where to go when and let’s do it. They’re going to try to win every game regardless of when it’s played, and in whatever order it might be.