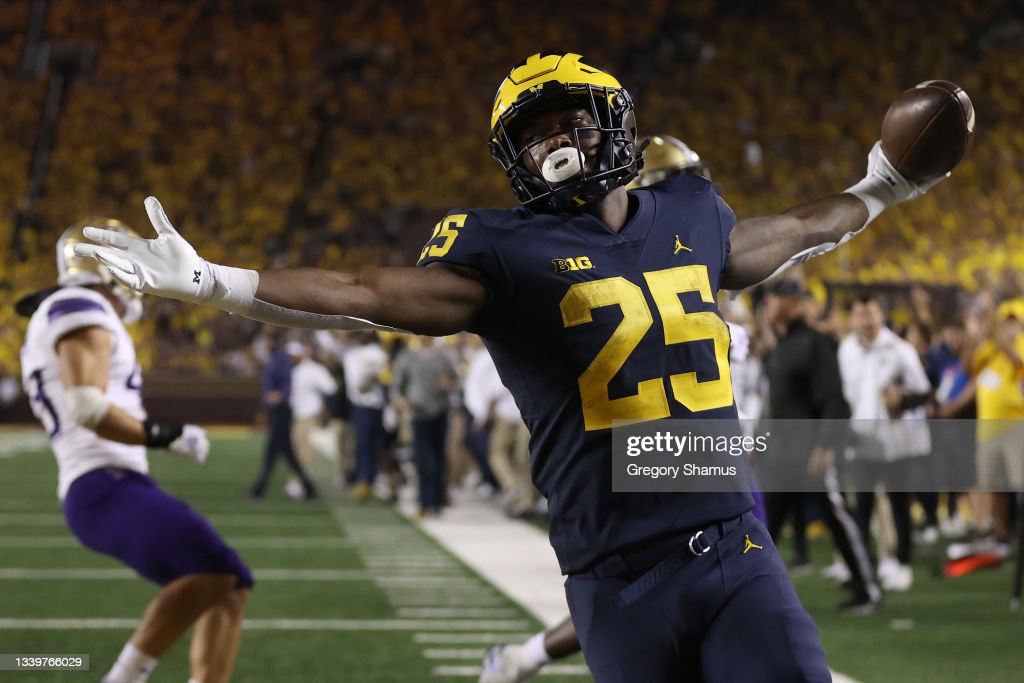 The annual pre-draft Pro Day cycle is ending this week, and with that, the pre-draft visits have started. This time of year usually results in more information surfacing about which players have met with what teams since the scouting combine took place. On Thursday, Aaron Wilson of Pro Football Network passed along some news about Michigan running back Hassan Haskins and his pre-draft activity, and it includes him already having a private dinner with the Pittsburgh Steelers.

On the surface, it appears that Wilson’s report about Haskins’ private dinner with the Steelers might be related to his Michigan Pro Day, which took place on March 18. There was already a report from Tony Pauline that Michigan linebacker Josh Ross had a dinner with Tomlin after that Pro Day, so it would make sense that Haskins, and possible another player or two, were in attendance as well. In short, it doesn’t sound like Haskins was brought to Pittsburgh for a dinner, but we really don’t know for sure.

At the combine, Haskins measured in at 6016, 228 pounds with 31 3/4-inch arms and 9 1/4-inch hands. He only lifted at the Combine and did 27 reps on the bench while in Indianapolis. He reportedly did not work out at his Pro Day due to a left ankle injury of some kind.

In his three seasons at Michigan, Haskins rushed for 2,324 yards and 30 touchdowns on 452 total carries. He also registered 24 receptions for another 171 yards in those three seasons. In 2021, specifically, Haskins rushed for 1,327 yards and 20 touchdowns and had 18 receptions for another 131 yards. Sixteen of his college carries resulted in gains of 20 yards or longer.

As the pre-draft process starts winding down, Haskins is regarded as a Day 3 prospect, with a likelihood that he will be selected in either the fifth or sixth rounds. Our very own Alex Kozora did the draft profile on Haskins, and you can read it at the link below.

Haskins has done it all today 🔥 pic.twitter.com/nUbicwuCAb

We spotlight Hassan Haskins' skills as a runner all of the time.