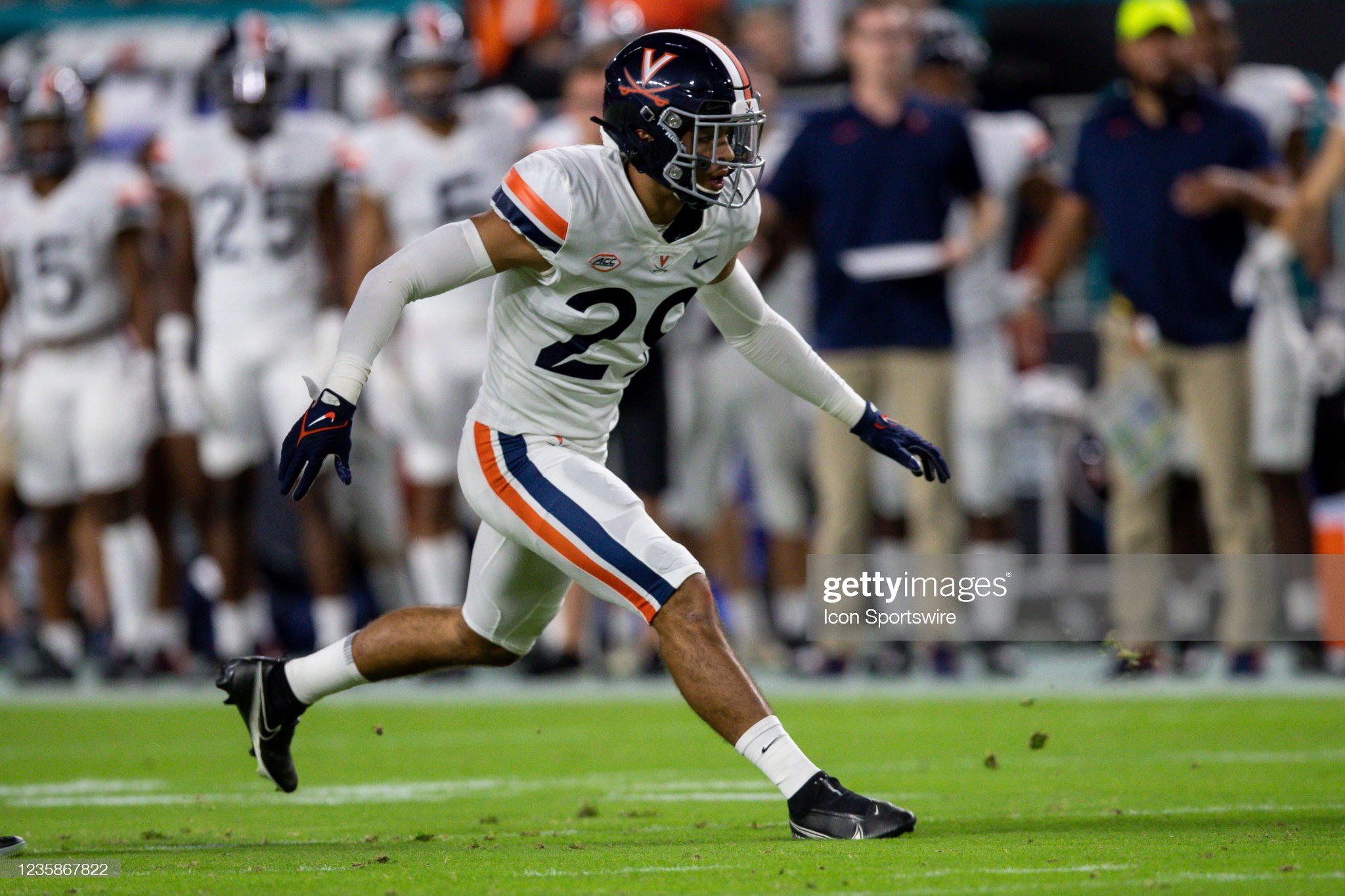 This time next week, Virginia safety Joey Blount should hear his name called in the 2022 NFL Draft. There’s a good chance he lands in the AFC North as well, considering he’s met with the Baltimore Ravens and Pittsburgh Steelers in pre-draft visits.

Prior to meeting with the Steelers in mid-April, Blount had a previous meet-and-greet with Pittsburgh Steelers’ head coach Mike Tomlin back in 2019 as a member of the Virginia Cavaliers, who were in Pittsburgh to take on the Panthers at Heinz Field in an ACC matchup.

That day, Blount and a handful of other Cavaliers were able to meet Tomlin and took a photo with him. Blount, seizing upon the opportunity, told Tomlin that he’d be in the draft a few years.

Joey Blount (@JoeyBlount8) does a bit of everything for Virginia. Here is is blitzes from the bottom of the screen… forcing the throwaway from Trevor Lawrence. Check the closing speed here. pic.twitter.com/LhaHJZqZHn

“I told him this when I saw him, but 2019, we had a game verse Pitt. We’re in a team hotel. And we saw Mike Tomlin walking out the hotel, I guess there was some Steelers thing they were doing, but my best friend’s dad at the time ran up to him, started talking to him and we were all embarrassed,” Blount said during an interview chronicling his Path to the Draft from video via Time2Football on YouTube. “You know, Mike Tomlin, all of a sudden we see my friend’s dad was over there and we all go over there. And we started talking to him, telling him we’re from UVA, we’re playing Pitt.

“And we took a picture and I told him that I will be in the draft within the next two or three years,” Blount added.

Virginia S Joey Blount on Path to the Draft to talking pre-draft visit with the Steelers and a cool story about HC Mike Tomlin. #Steelers #NFL pic.twitter.com/6krRk6IqM4

Two years later, Blount is less than a week away from achieving his dream of playing in the NFL, and has a good shot at landing in Pittsburgh. During his pre-draft visit with the Steelers, Blount reminded Tomlin of the promise he made to him just a few years ago.

“And when I went and visited Pittsburgh, I pulled up that same picture and I showed him and I asked him, ‘do you remember me? Do you remember where we first met’ and he didn’t and I showed him the picture and he was like, ‘I love that you’re true to your word.’ I was like, ‘I promise you I’d be here. And I’m here,'” Blount said regarding the conversation with Tomlin.

Kept watching Virginia safety Joey Blount's tape and asking myself "why is this guy considered a UDFA?" There is a checkered medical history but he's athletic, physical, can cover, and was a leader on that Cavs' defense. https://t.co/pBDs3Q2Iux

That’s quite a story there from Blount. I’m sure that conversation with Tomlin had an impact on not only the Steelers’ head coach, but the front office personnel as Blount is a high-character guy who fits what the Steelers are searching for in a box safety. Maybe that photo Blount took with Tomlin in 2019 is a sign of things to come, bringing Blount’s football career full circle.