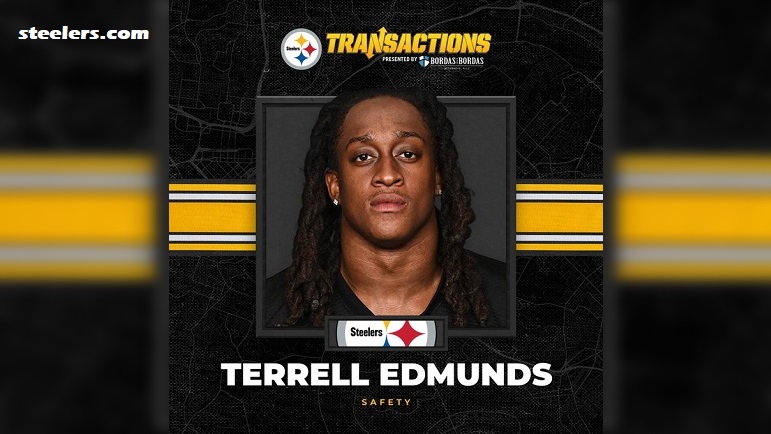 The Pittsburgh Steelers re-signed safety Terrell Edmunds last week, and the terms related to that one-year contract are now known thanks to the NFLPA and Over the Cap.

Here is where it gets interesting. The contract that Edmunds signed is considered a four-year player qualifying contract. That type of veteran salary benefit can be offered to a player with at least four credited seasons whose contract with a team has expired after being on said team for four or more consecutive, uninterrupted league years prior to his contract expiring. The CBA states that such a player must have been on the team’s 90-man active/inactive list for said seasons (and every regular-season and postseason game).

A four-year player qualifying contract under this benefit is a one-year deal with a base salary of up to $1.35 million more than the minimum base salary for said player. A maximum signing bonus of $152,500 may also be given as part of that kind of qualifying contract. The contract also comes with a decreased salary cap charge benefit. Under such agreements, only the applicable minimum base salary of a second-year player (not the $1.35 million benefit) is charged against the salary cap. Obviously the signing bonus is also charged against the salary cap.

The Steelers chose not to pick up the fifth-year option on Edmunds last offseason. In 2021, the Steelers’ former first-round draft pick logged a team-high 1,145 defensive snaps on his way to registering 89 total tackles, two interceptions, six passes defensed, one quarterback hit, and one sack. Pro Football Focus has Edmunds down as allowing 34 receptions for 277 yards and three touchdowns. They also charted the safety as having nine misses tackles on the season.

The Edmunds contract has now hit the NFLPA site. Additionally, the one-year restricted tender contract of the late quarterback Dwayne Haskins has also been removed. The result of these two transactions hitting resulted in the Steelers gaining $1,352,500 in 2022 salary cap space. They will enter the 2022 NFL Draft $12,963,417 under the cap.