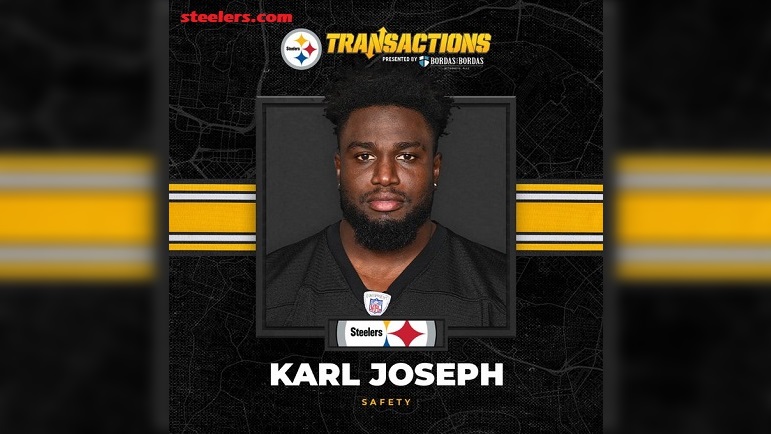 The Pittsburgh Steelers re-signed safety Karl Joseph on Thursday, and the terms related to that one-year contract are now known thanks to the NFLPA.

The base value of the contract reportedly totals out at $1.035 million and that’s Joseph’s base salary for 2022 as well. He did not receive a signing bonus as part of his deal. Joseph’s cap charge for 2022 is just just $895,000, because of his deal being a veteran signing benefit contract.

Joseph was the 14th overall pick of the Oakland Raiders in 2016. A West Virginia product, he racked up 274 career tackles for the Mountaineers along with nine interceptions and three forced fumbles. Joseph spent most of the 2021 season on the Steelers practice squad after being signed in early September. He was a protected practice squad player multiple weeks. He saw action in two games last season and registered two total tackles.

To date, Joseph has registered 305 total tackles in 65 games played. He has three career sacks with 11 tackles resulting in losses. He also has one forced fumble to date and five interceptions for his NFL career.