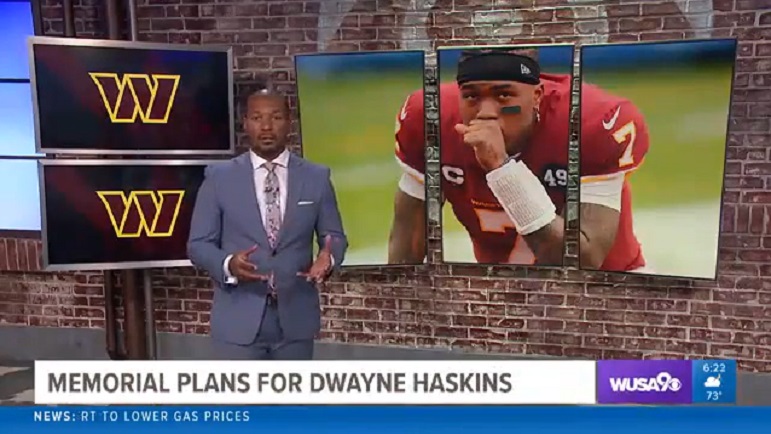 According to a Tuesday report by Darren Haynes of WUSA 9, the family of Dwayne Haskins intend to have multiple services to honor the memory of the late Pittsburgh Steelers quarterback, who died on Saturday in a tragic incident in South Florida.

Per the report by Haynes, Haskins’s parents will hold a memorial service on Saturday, April 23 from 12 pm to 3 pm at Christ Church in Rockaway Township, New Jersey. New Jersey is where Haskins was born and raised until high school.

The family is also reportedly planning a vigil service for Sunday, April 24 at Bullis School in Potomac, Maryland where Haskins attended high school. Haynes also indicates on Tuesday evening that the Steelers will also have a funeral for Haskins at some point with the site, date, and time to be determined. The Haskins family has reportedly informed the team that they will not attend that service.

Parents Tamara and Dwayne Haskins, Sr. have also now issued a statement on the passing of their son, and you can read it below.

“We have had such an overwhelming outpouring of love for our son since the news broke of our loss. Anyone who knew Dwayne knows he worked exceptionally hard to achieve such a high level of success at such a young age. He was touched by so many people on his journey to being a standout athlete and we are grateful to all of them. This pain is unimaginable and we appreciate everyone who shares in our heartbreak.”

Haskins was just 24 years old when he died on Saturday as a result of him reportedly being hit by a dump truck while he was attempting to cross the interstate on foot. There is still an ongoing investigation as to why he was attempting to cross the interstate. Haskins had been in Boca Raton practicing with fellow Steelers teammates following an invitation from new quarterback Mitch Trubisky, who has a home in the area.