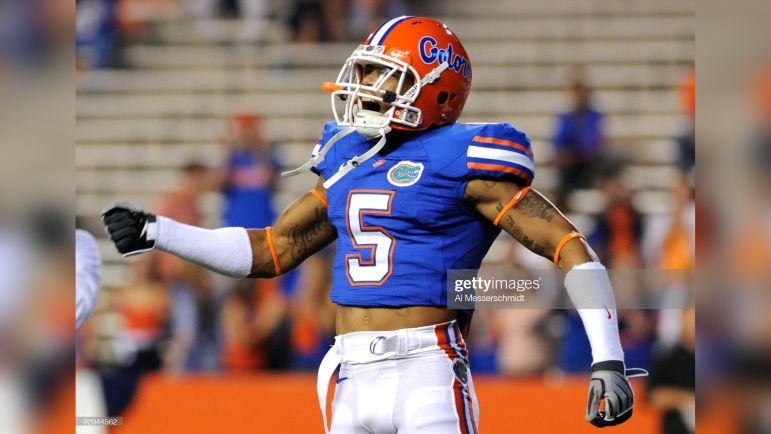 Joe Haden has been among the most productive corners in the NFL over the course of the past dozen years, since he was made a first-round pick by the Cleveland Browns back in 2010. After spending seven years making a home there, he enjoyed another five-year tenure with the Pittsburgh Steelers, though he is currently a free agent.

Since entering the league, Haden has been responsible for picking off 29 passes, including 10 with the Steelers, as well as 155 passes defensed, the most in the league during that time. His best season with Pittsburgh, at age 30, came in 2019, when he intercepted five passes and recorded 17 passes defensed.

That season earned him a Pro Bowl, the third of his career. Cornerback is not an easy position at which to make the Pro Football Hall of Fame, and I wouldn’t count on him being the rare exception, but he will be entering the University of Florida Athletic Hall of Fame later this year in October, the school announced last week.

Haden headlines the class along with former Gators teammate and track star Jeff Demps. They won a national championship under Urban Meyer during the 2008 season, winning the Defensive MVP award in his final season in college before declaring for the 2010 NFL Draft as a junior. Below is the brief playing synopsis the school provided:

Joe Haden played football at UF from 2007 to 2009 and started all 40 games he played in. He became the first true freshman to start at cornerback in the season opener in 2007 and was selected to the Freshman All-American First Team (CollegeFootballNews.com), the SEC All-Freshman Team and was an Honorable Mention (Sporting News) that year. A member of the 2008 BCS National Championship team, he took home Consensus All-American honors and was awarded the Defensive MVP by Sporting News in 2009.

The Fort Washington, Md. native finished his career with the Gators with 218 total tackles, 157 solo, eight interceptions, 3.5 sacks and 34 pass break ups which rank fifth all-time. Haden was selected by the Cleveland Browns with the seventh overall pick in the 2010 NFL Draft. Throughout his NFL career he has played with both the Cleveland Browns (2010-2016) and the Pittsburgh Steelers (2017-Present).

Haden played a transformative role in the Steelers’ secondary. His signing in August 2017 as a street free agent marked a significant shift on the back end and a change for the better, that season also marking the breakout of Mike Hilton.

Minkah Fitzpatrick’s acquisition in 2019 took the unit to another level, but they are still looking to put the rest of the pieces together. Still awaiting a starting strong safety, their starting cornerback trio for 2022 looks to consist of Cameron Sutton, Ahkello Witherspoon, and Levi Wallace.