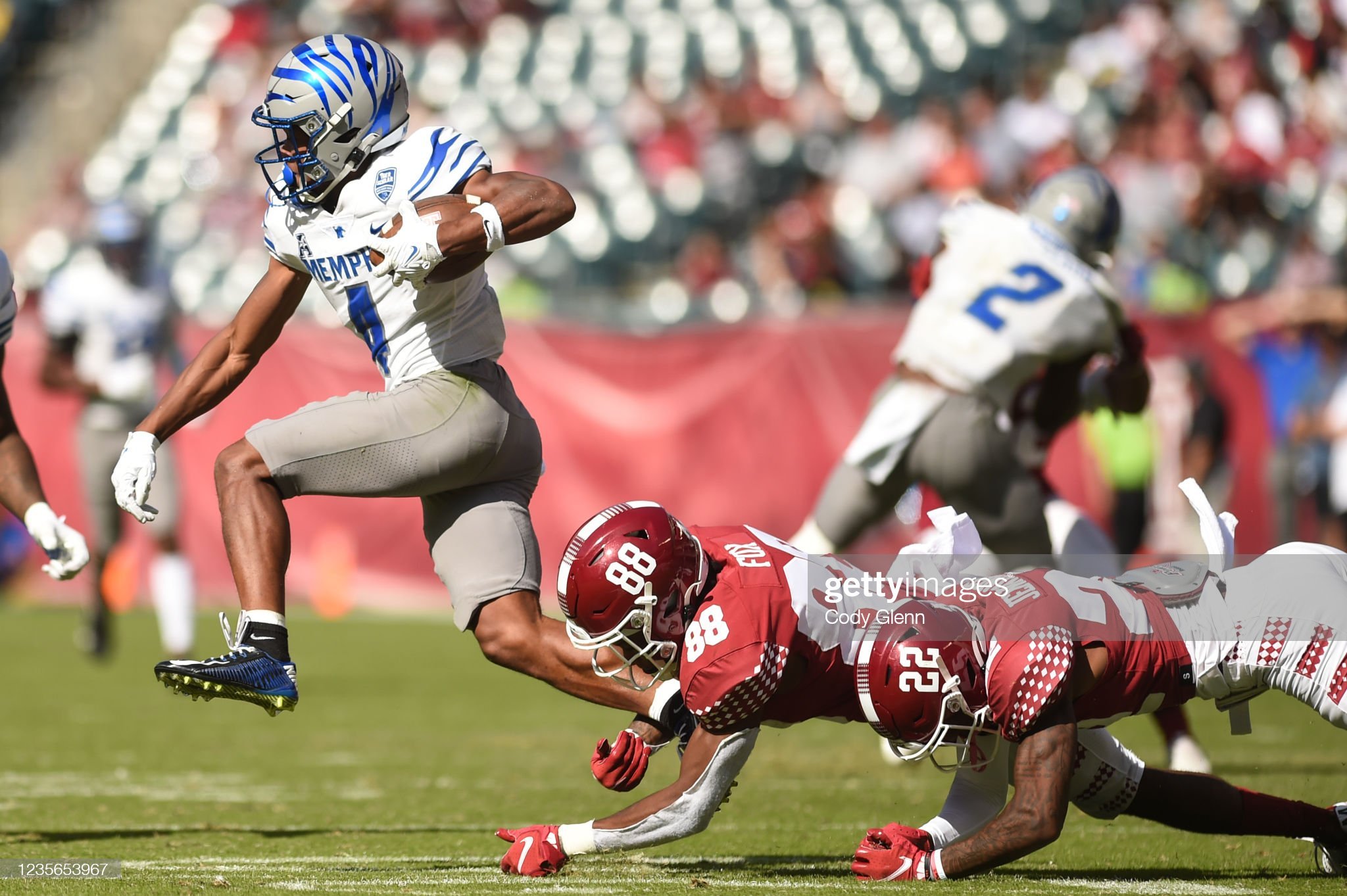 The pick is in. This is Kevin Colbert’s final year as the general manager and like in past years we want to evaluate the value of each pick. Based on projections for each player by draft outlets as well as our own reports we want to see if the pick’s value is above or below how they were ranked coming into the draft.

The thought of Pittsburgh double dipping with wide receivers in this draft was something that was discussed often leading into the draft. Speed on both side of the ball was an issue last season and this pick will help address that. He is small in stature but clocked in with a 4.32 40 yard dash at the Combine which was fifth fastest in 2022.

Lance Zierlein of NFL.com gave him a 3rd/4th round grade and compared him to Bills receiver Isaiah McKenzie. His overview said:

“Productive playmaker with below-average size but above-average heart. Austin is below the acceptable size standards many teams have at wide receiver, but he is fearless, versatile and fast. He has proven he can handle the catch-and-run duties necessary in Memphis’ quick game. He has the rapid-fire foot quickness and loose hips to take on a more complex route tree as an NFL slot target. His lack of size shows up in contested catch battles so he will need to fine-tune the route-running to improve his catch windows. Austin’s ability to work all three levels of the field and handle punt-return duties increases his odds of becoming a Day 3 pick.”

CBS Sports had him rated as their 94th rated prospect, considered him a long term starter and also compared him to McKenzie. His strengths are:

“Displays great acceleration and is able to create yardage after the catch. Soft hands. Shifty. Does a good job high pointing the football relative to his size. Good body control. Good field awareness. Gets up to speed quickly and does a great job of tracking the football.” For his weaknesses they list, “Below-average height and thin frame. Physically not going to be able to contend with physical cornerbacks or taller players at the catch point. Can improve footwork at the stem and into his breaks. Would like to see him get his head back to the ball quicker.”

Tony Pauline at Pro Football Network had these positives for him:

“Undersized, game-changing receiver with outstanding pass-catching skills. Quickly releases off the line of scrimmage, immediately gets to top speed, and plays faster than his 40 time. Outstanding route runner who quickly gets in and out of breaks, extends his hands, and offers the quarterback a target. Displays solid eye/hand coordination, catches the pass with his hands, and snatches the ball out of the air. Nicely makes the reception on crossing patterns and adjusts backward to grab the ball from the air. Has a terrific burst of speed that he turns on in a single step, sees the field, and can be effectively used on reverses. Follows blocks, beats defenders into the open field, and can run to daylight. Comes back to the quarterback and works to make himself an available target. Competes to come away with the difficult reception, gives effort blocking, and does the little things well. ”

His negatives were: “Small and loses out in battles. Needs space to work and does not display naturally soft hands.”

Our report profile by Wesley Cantliffe and Austin reminds him of players like Jaelon Dardon (Tampa Bay Buccaneers) and Elijah Moore (New York Jets). He considered him a potential starter/good backup with a third round grade. He opined:

I gave Elijah Moore a better grade than what I gave Austin this year … and I think Elijah was the better prospect, but there are a lot of shared similarities in areas of their games–which is what I want to focus on with the comparisons (releases, route running, body movements, RAC, etc.). As for Darden, Austin received a higher round grade, but I feel that their evaluations were alike. Austin’s testing numbers exceeded (shared agility numbers) Darden’s results overall, however.”

Overall, the common round projections were in the third to fourth round area for Austin. He will have some challenges coming into the idea but he has the chance to be a playmaker on the offense. For a team in dire need of speed this is a nice selection and VERY GOOD value getting him very late in the fourth round.