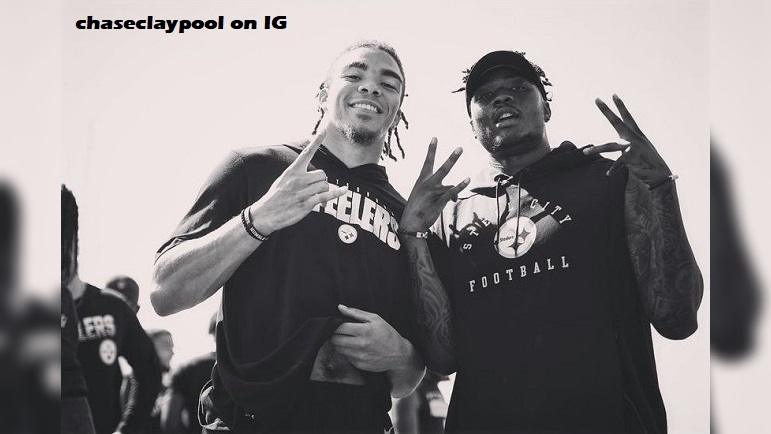 Pittsburgh Steelers wide receiver Chase Claypool was one of the several players practicing with his teammates in south Florida these past few days. Because of that, he was likely one of the last several people to see quarterback Dwayne Haskins alive. On Saturday, Claypool took to social media to share some real feelings following the tragic morning death of Haskins.

Claypool started with a tweet about the passing of Haskins.

“I spent your final moments with you and I can’t help but think about how selfless you were in those moments,” Claypool tweeted. “All you cared about was making sure that everyone around you was okay and I can’t thank you enough for that. You are what I strive to be. #LL3”

Not too long after tweeting the above, Claypool tweeted again and this time it included a video.

-A moment of vulnerability-
The moment I realized I had lost a brother.

We are placed on this undesirable pedestal and become treated as if we are anything but human, but It’s okay to not be okay. Allow me to be the example. Love you, 3 🤍🕊 https://t.co/3ZGehDX49H pic.twitter.com/cIUHCiPM21

“We are placed on this undesirable pedestal and become treated as if we are anything but human, but It’s okay to not be okay,” Claypool attached to the video of him showing a lot of emotion while processing the death of Haskins on Saturday. Allow me to be the example. Love you, 3 🤍🕊”

I really don’t have much to add to the above. It’s very real emotion from Claypool and he should be commended for showing himself in such a vulnerable state. It is indeed okay to not be okay. I’m sure there are a lot of friends, family and teammates, both current and former, struggling to deal with the sudden and tragic death of Haskins on Saturday. Several of those people were teammates of his who had gathered in south Florida to practice, fellowship and make each other better.

We appreciate Claypool sharing with us all today.