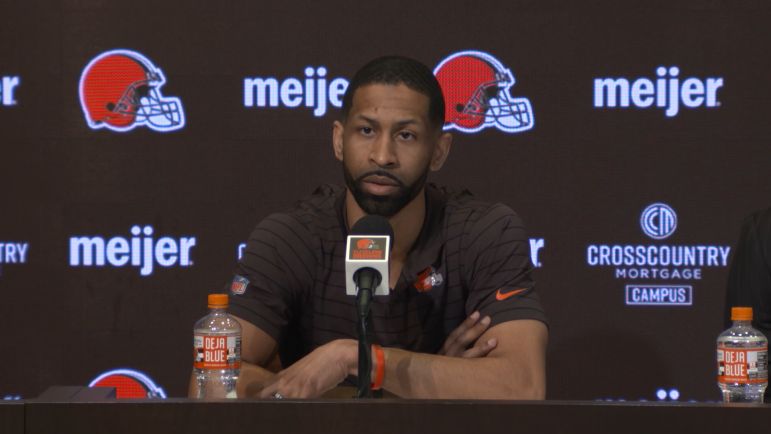 One of the most interesting trends in the NFL in recent years has been the increased willingness for teams not only to move highly significant players, but to put together huge, blockbuster trades to make them happen, giving up premium resources to do so. It’s hard to put a finger on just how everything has unfolded, but clearly priorities from even five years ago have shifted.

The Cleveland Browns find themselves in the center of this discussion now, having given up three first-round draft picks, among other selections, in order to trade for quarterback Deshaun Watson. That’s not even mentioning the fully-guaranteed $230 million contract that they gave him. General manager Andrew Berry was asked about this pattern, and offered some thoughts.

“I think it is probably more of an influx of more aggressive general managers as a new wave comes in”, he suggested. “Probably different priorities in terms positional value, and certainly probably until recently, a rapidly increasing cap so probably more activity in both the trade market and free agency. Also, probably part of it is just there is more turnover throughout organizations in the NFL than maybe there had been a decade ago. That would really be my best guess”.

Certainly, in recent years, we have seen a shift in the profile for what the average NFL team looks for, not only in head coaches, but also in general managers. We can point to the Los Angeles Rams, who have been very open about their talent acquisition strategy in prioritizing proven talent over draft capital, and their coming off of a Super Bowl win will only fan the flames.

Watson, of course, was not the only major player to move this year, with others including Russell Wilson, Tyreek Hill, and Amari Cooper—with Cooper having also been acquired by the Browns, thus being Watson’s new number one target.

It wasn’t too long ago that the Browns’ focus was on accumulating draft capital in their rebuilding efforts. That is no longer a top priority, although they do still hold seven selections for next weekend, even if none are in the first round. One of their two third-round selections is a compensatory pick for losing a minority front office executive to a general manager role.

Of course, the NFL is a results-based business, so we’ll have to wait a few years, perhaps, to see how some of these moves play out, and whether or not that more emboldens or scares off other teams from making similarly aggressive moves.