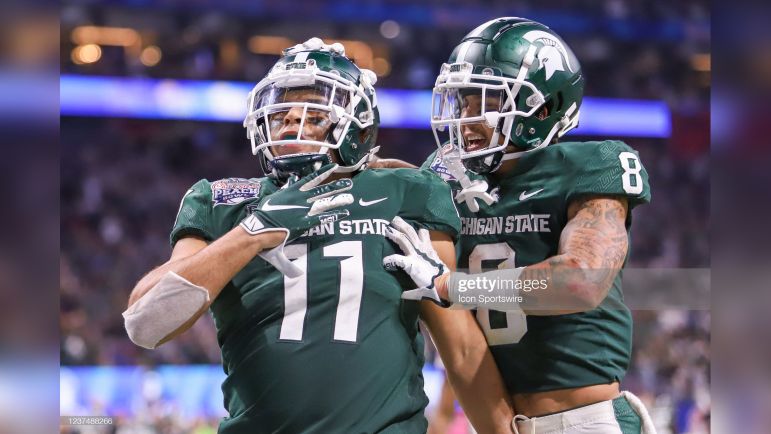 The Pittsburgh Steelers now have more pairs of siblings on their roster than Mr. Owl is patient enough to count to, with the latest connection being the younger sibling of their longest-tenured player, Cameron Heyward. Making Michigan State H-back Connor Heyward their sixth-round pick, the two brothers are certainly going to have fun.

Although I suspect Cam might get a little more out of it. The perennial All-Pro defensive lineman is already putting together plans to haze his newest teammate come training camp, once the pads come on.

He responded to our own Alex Kozora’s tweet demanding that the two go at it for at least one rep in their backs-on-backers drill, sharing a GIF declaring, “I’ll set it up.” Cameron Heyward, the team’s defensive captain, has a way of introducing new players to the team, and Connor won’t be any different.

With Mike Tomlin as head coach, of course, you know that at some point they’re going to set up a situation that sees the brothers pitted against one another. Maybe they do both backs-on-backers drills to make it fair—including the coverage one.

But when Cameron was asked what’s going to happen to Connor if he tries to hold him during a hot training camp practice, he told reporters, “I’m gonna throw him on his ass”, according to Brooke Pryor, tweeting his answer.

Although Najee Harris may soon give him a run for his money, Cameron Heyward has been the ‘personality’ of the Steelers’ locker room for a while now. A mixture of levity and seriousness, as well as caring and toughness, you know he’s going to make the most of having his little brother on the team while having fun with it in the process.

Of course, the first step for Connor is to make the team, and it’s not overwhelmingly obvious that he’s a stone-cold lock. The Steelers retain three running backs and three tight ends, plus a fullback, from the end of last season, a group that does include Kevin Rader as the mid-season call-up following Eric Ebron’s injury.

Tight ends coach Alfredo Roberts did say that they will start him at tight end, but no matter what letters are next to his name, he’s going to have to earn his roster spot, first and foremost, through special teams coordinator Danny Smith.

I’m sure Cameron has had all the talks one could have about what it takes to make it in the NFL, how to stick out in a positive way, and all that. And he has plenty of others to talk to about what it’s like to play on the same team with your brother.

Unlike the Watts, the Edmundses, and the Davises, however, the Heywards have never had the opportunity to play on the same team before, at any level. It sure would be cool to see them on the field together for the first time.