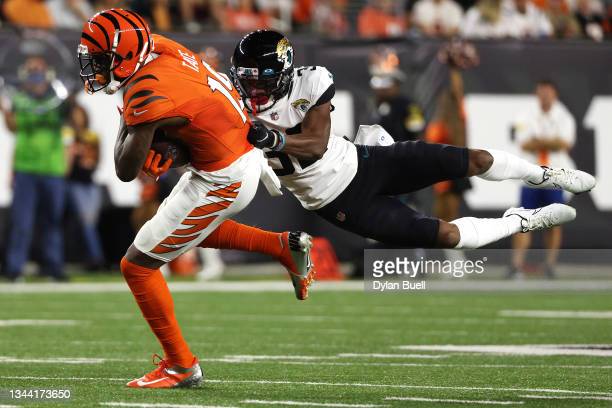 As free agency is scheduled to kick off this week with the legal tampering period beginning on Monday at 12 PM ET and ends 3:59 PM ET on March 16 when the new league year officially begins when reported signings and trades can become official by teams. There are many big names scheduled to hit the open market that should command multiyear deals at could place them among the highest paid at their respective positions.

Guys like Terron Armstead, J.C. Jackson, Ryan Jensen, and Chandler Jones should command boatloads of money and be signed by the highest bidder, thus making it difficult for teams with little cap space to justify one such free agent with so many other needs on the roster to address. Therefore, I wanted to provide several names that are flying under-the-radar that the Steelers, as well as other teams, should be keeping an eye on that could be had at a notable discount compared to the bigger names and likely provide comparable production.

Did you know that a Kansas City RB had 1,000 total scrimmage yards last season? If you guessed that player to be former first round pick Clyde Edwards-Helaire, you would be incorrect. It was actually Darrel Williams, a former undrafted free agent back in 2018 who has carved out quite a role for himself over the last couple of seasons for the Chiefs. The 5’11, 219lb back has the size to run in-between the tackles and be utilized in short yardage and goal line situations, but also averaged 9.6 YPR last season to the tune of 452 yards on 47 receptions and two scores.

Williams shouldn’t break the bank with names like Leonard Fournette and Melvin Gordon headlining the position, so he likely could be had on a deal averaging 1-2 million dollars annually. If a team is looking for a good-sized back that can compliment a more dynamic option or play the backup role to a featured back, Williams would be a great signing that has proven he can carry the load while also contributing as a receiver in the passing game at a likely discount.

Auden Tate was the sleeper WR many tied themselves back to in the 2019 NFL Draft thanks to his long, big body (6’5, 228lb) and his ability to make jump ball, contested catches against smaller defensive backs routinely coming out of Florida State. However, Tate didn’t prove to be the athlete that many desire at the NFL level at receiver, running a 4.68 40 and jumping only 31 inches in the vert, causing him to slide all the way to the seventh round where the Bengals selected him. He had a respectable sophomore campaign in 2019, catching 40 passes for 575 yards and a score. However, the front office invested high draft capital into Tee Higgins and Ja’Marr Chase the next two drafts, thus burying Tate on the depth chart.

Tate may not be everyone’s flavor of receiver as he is fairly limited as a route runner and his ability to separate against coverage. However, he provides the red zone presence and ability to make some absurd catches in coverage you can’t teach, making him an ideal WR4-5 on a roster along with a history of contributing a little bit on special teams (up to 22% of snap via PFR). Likely to be had at the veteran minimum, Tate is a name that could be added on the later stages of free agency and immediately provide an offense a player with a defined role as a possession-style receiver who could excel around the red zone.

HAVE A DAY AUDEN TATE pic.twitter.com/7Zx3hibvaf

Will Dissly, also referred to as “Big Montana” for anyone who listens to the Fantasy Footballers Podcast like myself, has been an underrated player on the Seattle Seahawks roster since being drafted in the fourth-round back in 2018. Injuries have been the issue with Dissly to start his career, suffering a torn patella tendon in 2018 and an Achilles tear in 2019, abruptly ending his seasons. However, he has played in 31 games the last two seasons since then and has proven to be quite the blocker as well as an underrated receiver in the passing game when targeted.

Given the other big names like Evan Engram and former teammate Gerald Everett who are also hitting the open market along with the depth of the TE draft class, Dissly shouldn’t command high dollar on the open market given his decompressed value due to the injuries his first two seasons and limited production in a run-first offense that prioritized getting the ball to Tyler Lockett and D.K. Metcalf in the passing game. Dissly would make for a solid TE2-3 who can be an asset as a run blocker as well as a special teamer, having nearly 500 ST snaps under his belt since entering the league. A team looking for a bargain option to bolster the TE position should look to Dissly as a target in FA.

Devin Bush got rocked by Will Dissly here. Welcome to the NFL type moment. #Steelers pic.twitter.com/BtaHbxB6FF

Given the fact that I am Iowa-born and grew up a dire-hard Hawkeyes fan, guys like Brandon Scherff and James Daniels would be ideal targets on the open market at guard. However, with Scherff being one of the best guards in the league and with Daniels only being 24-years-old and having center/guard versatility, those two could command a pretty penny when free agency starts. Another name that isn’t generating the same buzz in social media but can provide similar caliber play is Mark Glowinski. Everyone in the NFL touts the Colts for having one of the best offensive lines in the league, but Glowinski is often the odd-man-out, despite being a three-year starter at RG.

With a hopeful view of #NFLFreeAgency

If the #Texans could temp Mark Glowinski from the Colts, he'd be an upgrade at RG. Unheralded member of that line, but like his attitude in the run game.

A potential mid-priced FA the position the #Texans can target with much excitement. pic.twitter.com/sQk9exFLsr

Pro Football Focus gave Glowinski a 70.1 overall grade in 2021, playing 843 offensive snaps and allowed only two sacks and picked up two penalties over the course of the season. Given his prowess as a strong run blocker as well as a capable pass protector, a team likely could expect to sign Glowinski to a contract similar to the one he signed with the Colts back in 2019 which totaled three years, $18 million. Given that he is still under the age of 30, a three-year deal with an average annual salary of $6 million would be a wise investment for a team hoping to bolster the offensive line while saving some cash from overpaying for the bigger names on the market.

This is a beautiful communication and pass off play from Mark Glowinski and Braden Smith. Just read my friend @ZachHicks2’s article on Braden Smith’s improvements in year two. Good stuff and you should check it out! pic.twitter.com/3p7NvqO59e

Moses ended up becoming a cap casualty for the Washington Commanders last season and signed with the Jets shortly before the season, logging 1,022 offensive snaps and gave up four sacks and was called for three penalties after playing in all 17 games with 16 starts. While past the the age 30 mark, Moses has proven to be able to provide capable snaps at tackle, finishing with a 71.0 overall grade via PFF. His strengths come as a run blocker where his 6’6, 335lb frame can engulf smaller defenders and clear them out of the way to open up running lanes.

I would like Morgan Moses back with the Jets next year. Highlight of the day was Elijah Moore TD but more importantly MM blocking a DB into the stands pic.twitter.com/40KhpJdeNe

Given that Terron Armstead may push $20 million annually on the open market at the same age or younger names like Joseph Noteboom or Trent Brown likely commanding more money on the open market, the prospect of adding Moses to a short-term deal for $4-7 million annually should come as a nice discount for similar play given the fact that Noteboom has never been a long-term starter and Armstead and Brown have struggled with injuries the last couple of years. If a team wants to provide insurance with a guy that can come in and start Week 1 and then look to draft a middle round OT to sit and develop, Moses would be the ideal signing to save cap dollars while providing a similar level of play.

What are your thoughts on the names provided above? Do you think these upcoming free agents could be had at a discount to others at their respective positions and provide comparable play? What are some other names you think are flying under-the-radar that could be bargain signings on the offensive side of the ball? Please leave your thoughts in the comments section below and thanks again for reading!