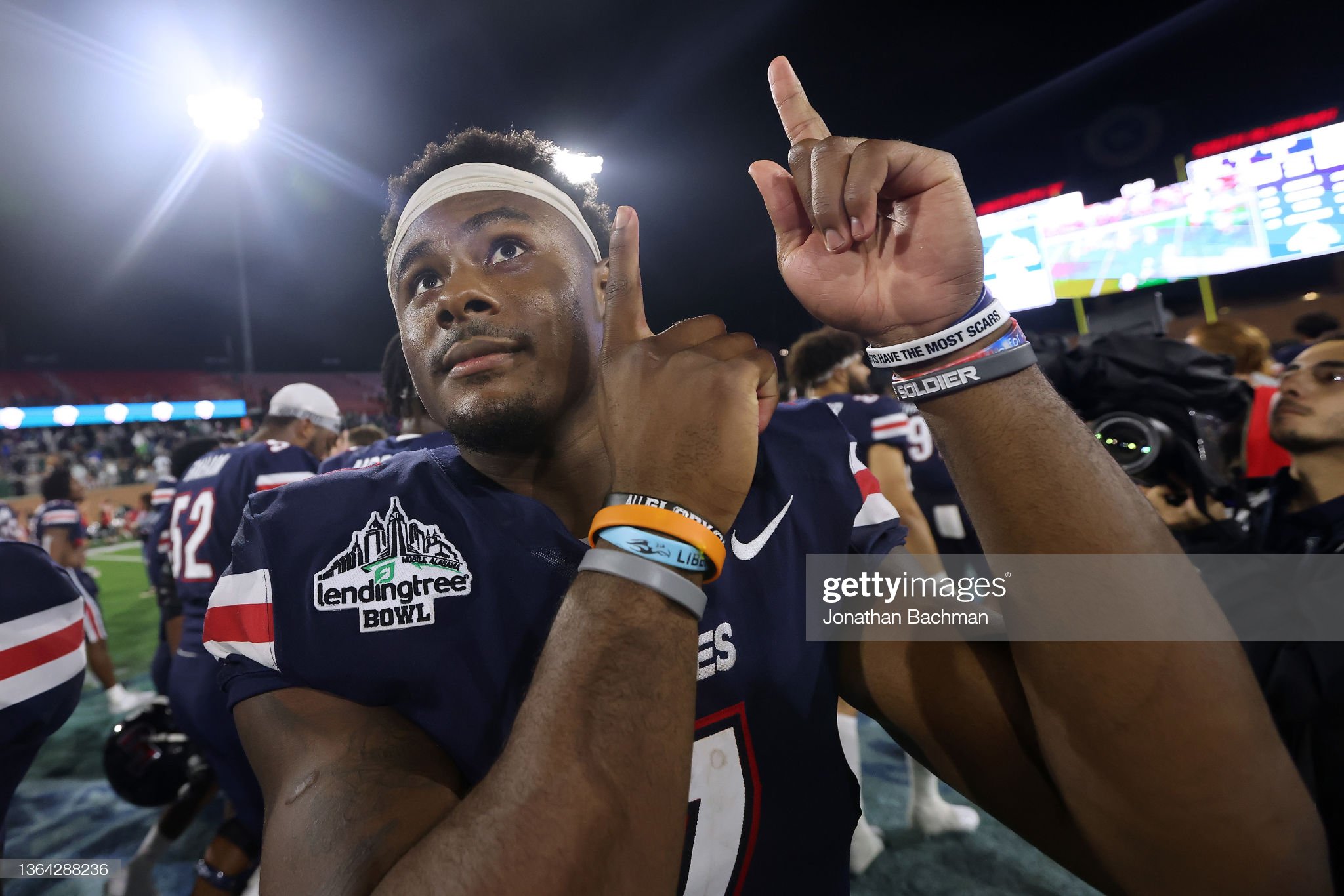 It’s very clear at this point in the pre-draft process that the Pittsburgh Steelers have seemingly honed in on one prospect above all others as the most likely top target overall.

That prospect is obviously Liberty QB Malik Willis, whom the Steelers spent a considerable amount of time with at the Senior Bowl, the Combine and then sent the house to his Pro Day in mid-March. Of course, the question coming out of the Willis interest becomes: will he be available?

"I think it's Malik Willis, Desmond Ridder, Kenny Pickett, Matt Corral." – @bepryor on what she thinks the Steelers' order of preference is on the potential 1st-round QBs.

After an up-and-down final season at Liberty, Willis has blown up during the pre-draft process with interviews, performances and overall testing numbers, turning heads left and right as the clear-cut highest-ceiling quarterback in the 2022 NFL Draft class. Willis has been tied to the Detroit Lions at No. 2, the Atlanta Falcons at No. 8, and the Seattle Seahawks at No. 9, making it likely difficult for the Steelers to sit tight at No. 20 and get their perceived guy.

A trade up shouldn’t be ruled out whatsoever in Steelers’ GM Kevin Colbert’s final draft, but according to former NFL GM Mike Tannenbaum, now an analyst on ESPN, Willis can still be obtained at No. 20 overall, which is where he has Willis coming off the board to the Steelers in his first version of a mock draft this offseason.

“With Mitch Trubisky serving as a bridge starter, the Steelers can take advantage of Willis still being available, draft the big-armed Liberty quarterback and let him develop before taking over in the QB-heavy AFC North,” Tannenbaum writes. “I love his mobility in and out of the pocket, and I think he has a chance to be a very good starting QB in the NFL. Pittsburgh has to find its guy under center following Ben Roethlisberger’s retirement, and this is a great scenario for the Steelers.”

Pittsburgh certainly has to find its guy under center following the retirement of Ben Roethlisberger as Mitch Trubisky shouldn’t be viewed than anything more than a bridge quarterback. Based on the work on QB prospects the Steelers have done in the pre-draft process, they feel the same way.

Willis offers the highest ceiling and has traits that teams should be betting heavily on, matching those same physical traits that guys like Patrick Mahomes, Josh Allen, and even Lamar Jackson possess in today’s new era of quarterbacking.

In Tannenbaum’s mock draft, Willis is the second quarterback off the board, as he has Pittsburgh’s Kenny Pickett going to the Carolina Panthers at No. 6 overall. As for the Falcons and Seahawks at No. 8-9, Tannenbaum has the Falcons adding a receiver and the Seahawks adding an offensive lineman, allowing Willis to fall to No. 20 in his mock.