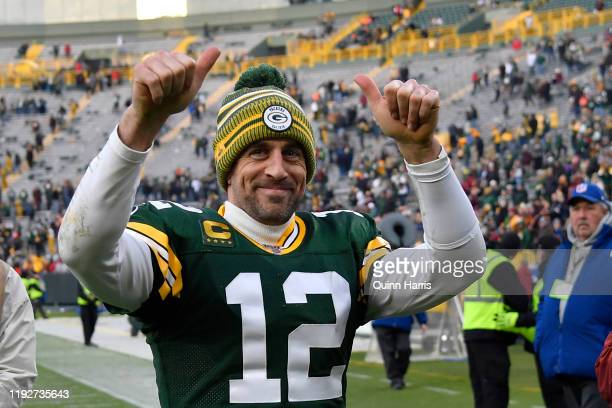 No one knows what Green Bay Packers’ QB Aaron Rodgers will decide. Will he stay or will he go? According to NFL Network’s Ian Rapoport, not even Rodgers is sure.

But according to a new report from Pro Football Talk, if Rodgers chooses to leave Green Bay, the Pittsburgh Steelers are on his list of new destinations. And according to the report, trade parameters between the Steelers and Packers are already in place.

Mike Florio lays out the details in a post late Friday night.

“Per a source with knowledge of the situation, Rodgers has specific deals lined up with other teams — and those teams have trade compensation lined up with the Packers. The potential moves have been arranged, essentially, with the permission of the Packers.

The destinations are believed to be exclusively in the AFC. To little surprise, the Broncos are one of them. Other viable possibilities are, we’re told, the Titans and Steelers.

To be clear, if Rodgers chooses Denver or Tennesseee or Pittsburgh, the deals will fall into place quickly, both as to the trade terms and as to the contract Rodgers would sign.”

Florio’s information conflicts with what the Packers have said, GM Brian Gutekunst recently saying he hasn’t had any trade talks with other teams (of course, the Packers wouldn’t gain anything by saying they have had trade talks). According to Florio, he’s had multiple conversations and essentially, an agreement over trade terms with other clubs, including one with the Steelers. It’s unknown what those trade terms could be, but any team acquiring Rodgers will have to pay a substantial sum for him. It will almost certainly take multiple first-round picks and more.

Any team who wants to trade for him will also have to make Rodgers one of if not the highest-paid player in the game. According to Florio’s report, teams like the Steelers already have deals lined up with Rodgers, which apparently means they have been talking with his agent.

With Rodgers prolonging his decision, a trade would be better to happen sooner than later, ideally before the new league year so teams know where they stand before free agency begins. The legal tampering period opens March 14th, with the new league year beginning on March 16th.

As noted above, Ian Rapoport’s latest report indicates Rodgers is unsure of what he wants to do. It sounds like retirement is not a thought. Rodgers will play for a team in 2022. It’s just a matter of for who. If this report is true, if we find out Rodgers wants a trade, we may also almost immediately know where he’s headed, too.

The destinations Florio is floating have all been speculated about before. Denver has been the most popular place if Rodgers decides to leave Green Bay. Rumors about going to Tennessee kicked up when Rodgers reportedly bought a house in the Nashville area earlier this year. The Titans are the only team of the three who have a viable starter in Ryan Tannehill. Perhaps Tannehill would be sent to Green Bay as part of any potential deal.

Rodgers has always been loosely connected to Pittsburgh. He’s praised Mike Tomlin several times and the two shared a viral moment against each other during the 2021 season, a game Rodgers and the Packers won.

How serious should we take the report? It’s certainly an aggressive stance that runs counter to most information currently out there. But if it’s to be believed, once Rodgers decides what he wants to do, the dominoes will quickly fall, even if that decision is a trade request. Stay tuned.

Update (10:01 AM): ESPN’s Adam Schefter sent out a tweet disputing Florio’s report, saying the Packers have had no such discussions with teams.

With the start of the new league year 11 days away, the Packers still have not engaged in any trade scenarios regarding Aaron Rodgers and are awaiting their quarterback’s decision, per league sources.