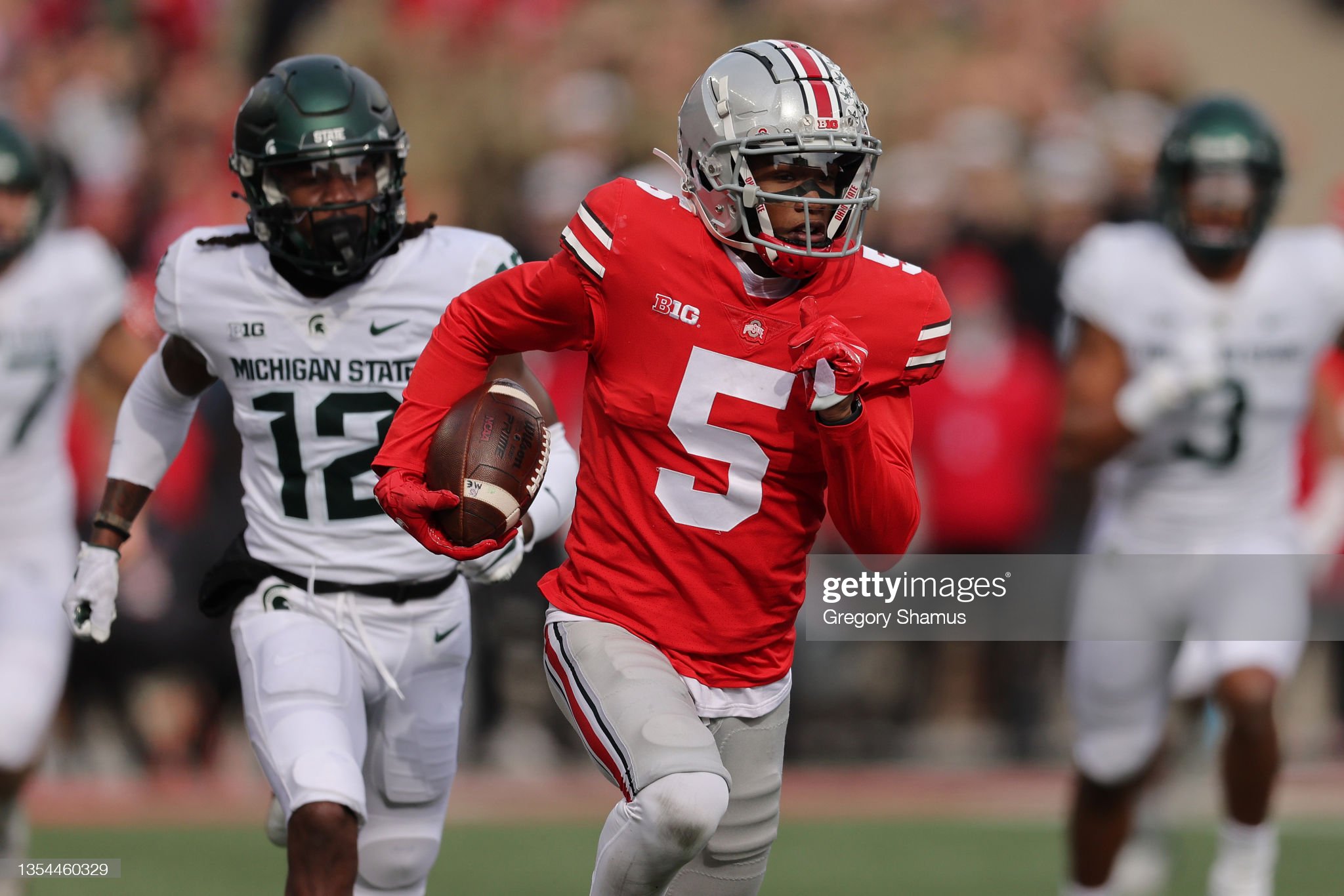 Garrett Wilson played his high school ball in Texas. But he hasn’t forgotten his Ohio roots. And in a reminder of how old we all are, he grew up watching Mike Tomlin’s first few seasons in the league. Eligible for this year’s draft, playing in Pittsburgh means not having to make another cross-country move.

Wilson was born in Columbus but moved to Austin when he was 11. High school football is a religion there and he attended Lake Travis. Despite facing some of the top competition at that level, his team won a state title and he rewrote the school’s record books in receptions, yards, and a whopping 55 touchdowns.

He returned to Ohio and committed to the Buckeyes. His role and production’s grown each year, ending 2021 with his first 1,000 yard season, and turning him into one of the top receivers in this class. Coming back home’s given him a chance to watch Tomlin again, still the Steelers’ coach all those years later, while watching local Ohio products like WR Diontae Johnson.

Speaking with reporters Wednesday, Wilson says Johnson is one receiver he studies.

“Coming from Toledo, Diontae is someone I’ve seen him play,” he said in a video captured by Ohio State blog Eleven Warriors. “Watching TV, watching things in Ohio. He can really ball.”

Wilson and Johnson aren’t cut from the same exact cloth, Wilson is bigger and clearly coming from a more notable school, but Wilson told reporters he watches plenty of receivers around the league to improve his game. The Steelers have some level of interest, holding a formal interview with him on Tuesday. Wilson talked about his first impressions of getting to see Tomlin in-person.

“He’s a great dude. Been the face of the league since I can remember. Since I started watching ball. He’s done a great job and seems like a player’s coach.”

Wide receiver could be a position the team addresses early in the draft. First round may be pushing things with quarterback and offensive line high on the team’s list of needs. But if the board breaks “wrong” and a guy like Wilson is sitting there, it isn’t inconvincible the Steelers could take a long look at him. Drafting a receiver in the first round is rare but not unheard of for Kevin Colbert. He did so by trading up for Santonio Holmes in 2006. And Colbert’s inaugural first-round pick was a receiver, Plaxico Burress in the 2000 draft.

For Colbert, taking Wilson would be coming full circle. For Wilson, he’d stamp his journey back home.