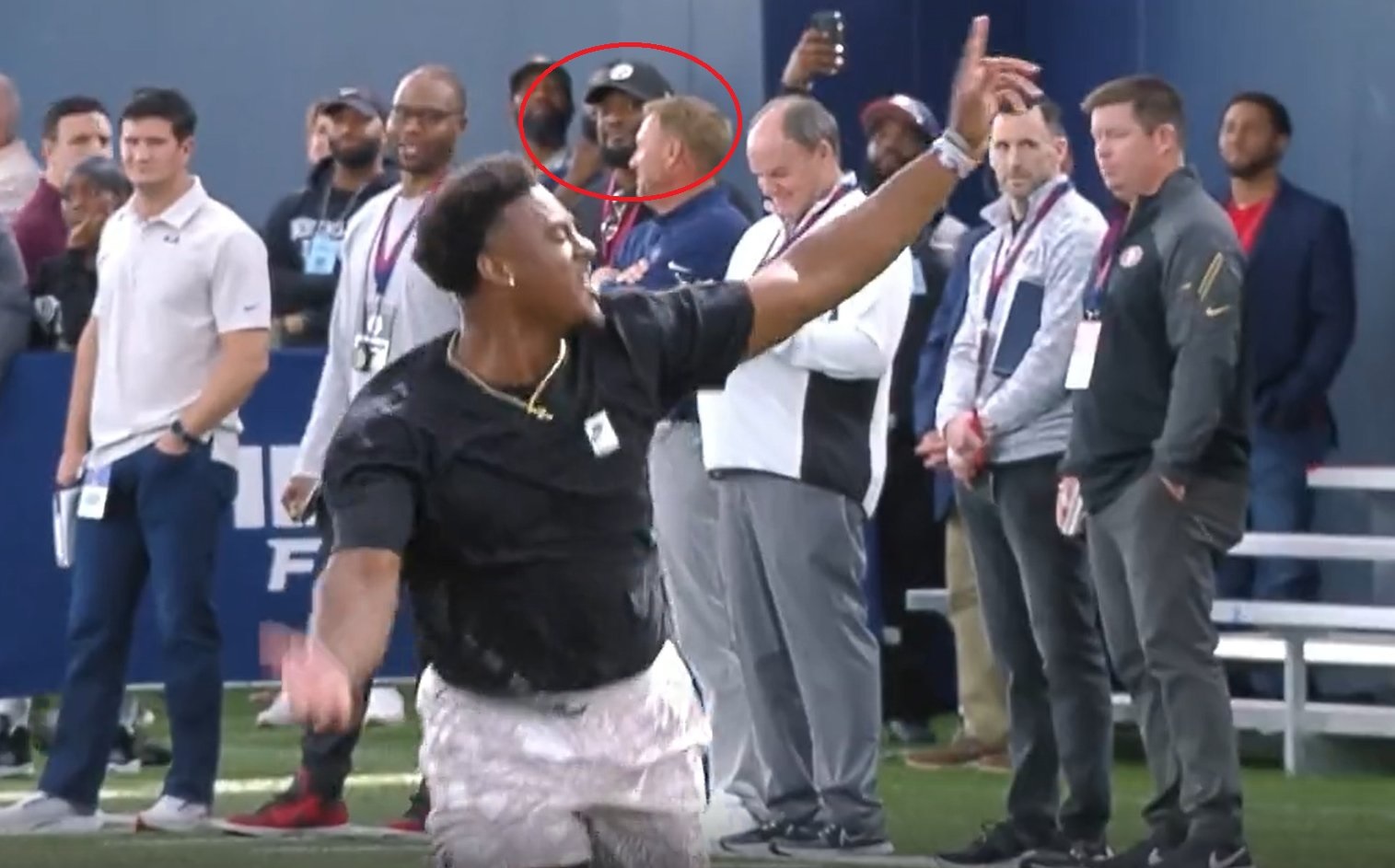 Which top quarterback in the 2022 draft class bets fits the Pittsburgh Steelers? NFL.com Senior Analyst Gil Brandt thinks he has the answer to that question, and it is not a surprising one.

In a recent post on NFL.com, Brandt looked at the quarterback landscape around the league, taking into account which holes have been opened and which have been closed, to find strong team fits for the top prospects at that position in this year’s draft class. For the Steelers, Brandt has Liberty product Malik Willis as his choice. Below is the reason Brandt gave for that selection.

“Mitch Trubisky solves the immediate need at quarterback created by Ben Roethlisberger’s retirement, giving Pittsburgh the space to select a prospect who might need some seasoning but could really pay off down the road. The Steelers were an obvious presence at Willis’ pro day this week. As is true of most of the quarterbacks in this class, Willis is far from a sure bet, with the slate of opponents at Liberty providing a limited picture of how he’d fare against top-end competition. But if Mike Tomlin and Matt Canada are given a year or so to acclimate Willis to the pros and develop a plan around his strengths, he could fulfill the potential suggested by his arm (5,107 yards, 47 TDs in 2020 and ’21) and legs (1,822 rushing yards, with 27 TDs, in that span), helping Pittsburgh keep up in the AFC North, where the Bengals (Joe Burrow), Ravens (Lamar Jackson) and Browns (Deshaun Watson) each boast star-caliber QBs. There is a chance the Steelers, who hold the 20th overall pick, could let Willis come to them in the draft — or Kevin Colbert might be moved to trade up for him as the cherry on top of his career as general manager.”

In my opinion, Brandt’s choice is right on point and the same goes for his reason why. While Willis might indeed have the highest ceiling of all the quarterbacks in this year’s draft class, it would be wise for him to sit and learn a while as a rookie. The Steelers have the ability to make that happen with Mitch Trubisky now in the fold and with him likely to be backed up initially by either Mason Rudolph or Dwayne Haskins.

The Steelers’ initial plan with quarterback Ben Roethlisberger back in 2004 was to have him serve as the team’s third-string option for his rookie season and general manager Kevin Colbert has said as much numerous times over the years.

“You know, when we go all the way back to when Ben’s career started, we weren’t planning on him playing that rookie year,” Colbert said in May of 2018. “And unfortunately, Tommy Maddox suffered a season-ending injury, and really a career-ending injury, when he hurt his elbow. And fortunately, we had Ben on the team, and you know, great things have happened since then.”

If the Steelers land any quarterback in this year’s draft, it’s a good bet that player will at least start the 2022 regular season as the team’s third-string option with the hope that year-two would yield starter status. The Steelers have been hot on the quarterback pro day trail in March. They have already attended the pro days of Willis, Kenny Pickett, Matt Corral and Desmond Ridder and we expect next week that Colbert and head coach Mike Tomlin will be in North Carolina to watch Sam Howell go through his on-campus workout.

If indeed the Steelers deem Willis as their top choice come time the 2022 NFL Draft gets underway, they might need to move up into the top 10 to get him. It even seems that Tomlin is resigned to that fact, based on what he reportedly said to Liberty head coach Hugh Freeze last week while in town to watch the Willis pro day.

As for the other quarterback class fits from Brandt, he has Pickett matched to the Carolina Panthers, Corral fitted to the Seattle Seahawks, Howell for the Atlanta Falcons, and Ridder for the Houston Texans.

The Panthers, Seahawks, Falcons, and Texans are all currently scheduled to pick ahead of the Steelers in the first round of the 2022 NFL Draft.