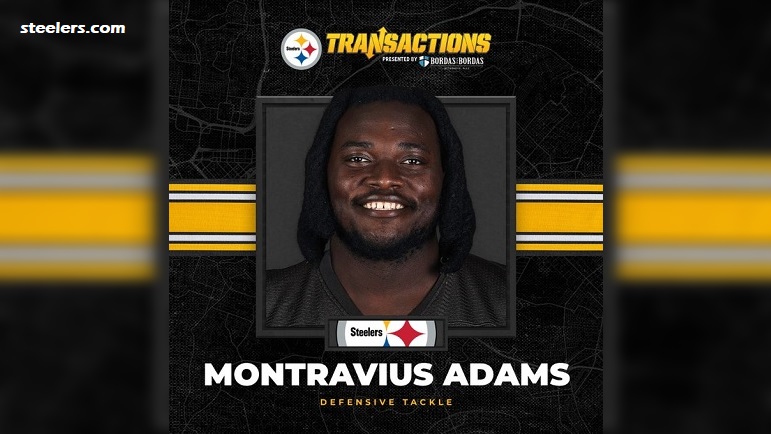 The Pittsburgh Steelers re-signed defensive tackle Montravius Adams several days ago, and the terms related to that two-year contract are now known thanks to Over the Cap.

This deal is essentially one-year, $2.5 million and the Steelers can easily part ways with Adams in 2023 with only a dead money charge of $732,500.

The Steelers signed Adams off the New Orleans Saints’ practice squad in late November of 2021. While he did miss one game due to him being on the Reserve/COVID-19 list, Adams still wound up playing 171 defensive snaps in five games. He recorded eight total tackles, three quarterback hits and one defensed pass in his limited regular season playing time with the Steelers. He also added a sack, a quarterback hit and two total tackles in the team’s playoff loss.

Adams played his college football at Auburn, and was selected originally in the third round of the 2017 NFL Draft by the Green Bay Packers. He was also been a member of the New England Patriots and the Saints prior to landing with the Steelers.