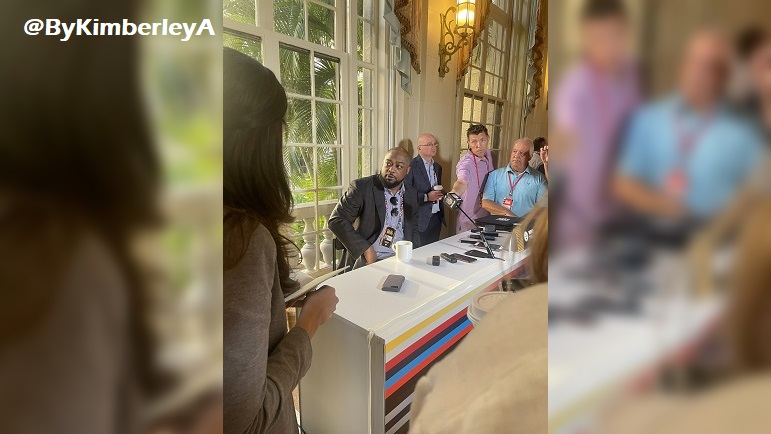 Potential changes to the NFL’s overtime format are set to be discussed and voted on this week during the NFL’s Annual League Meeting in Florida, and on the surface, Pittsburgh Steelers head coach Mike Tomlin, a competition committee member, won’t be in favor of making any changes to the current rules.

During the annual coaches’ media availability on Monday at the league’s annual meetings in Florida, Tomlin expressed his personal opinion on potential overtime rule changes this offseason.

Tomlin went on to say that he believes 60 minutes of regulation time in games is plenty of time for both teams to win the contest.

'I am one of the few sudden death advocates. I just think 60 minutes, everybody has had a fair opportunity to win the game. I don't fear sudden death.' – Coach Mike Tomlin on the proposals for changing OT in the NFL

“I am one of the few sudden death advocates,” Tomlin said, according to Teresa Varley of steelers.com. “I just think 60 minutes, everybody has had a fair opportunity to win the game. I don’t fear sudden death.”

This year at the league’s meetings, two proposals are on the table that would alter the current overtime format. One proposal would allow both teams the opportunity to possess the ball in overtime. The second proposal, which was submitted by the Tennessee Titans, would allow both teams the chance to possess the ball in overtime unless the team with the first possession scores a touchdown and converts an optional two-point try.

The offseason proposals this year come on the heels of the Buffalo Bills losing to the Kansas City Chiefs in the 2021 playoffs as a result of them never having possession of the football because they allowed an opening possession touchdown to start the overtime period.

Tomlin reportedly also said on Monday that while he senses there is a desire for change to the overtime rules, that he isn’t sure if the team owners will be able to agree on a change that would get the necessary majority 24 votes to alter it.

Tomlins personal view on a potential change isn’t overly surprising and especially with him being viewed as more of a defensive-minded head coach. He likely values NFL defenses keeping opposing offenses out of the end zone on an opening overtime possession.

The Steelers were involved in three overtime games in 2021. They won two of them and tied another one and in all three their opponents possessed the football on offense first. Their two overtime wins came against the Seattle Seahawks and the Baltimore Ravens, and their tie came against the Detroit Lions.

2022 club rules proposals are in. Competition Committee proposals to follow next week.

Check out what was proposed: pic.twitter.com/Z1iAYcfHnW